Angell Park is owned by the fire department. They also have a midget car race every year. A midget car is just like a regular car except just littler, and it doesn’t have any windows. They usually don’t crash, but they do sometimes. Bob said they cost about $30,000. A lot of famous people come to drive in the cars, like Bob Marley. He was a pro racer for a team. 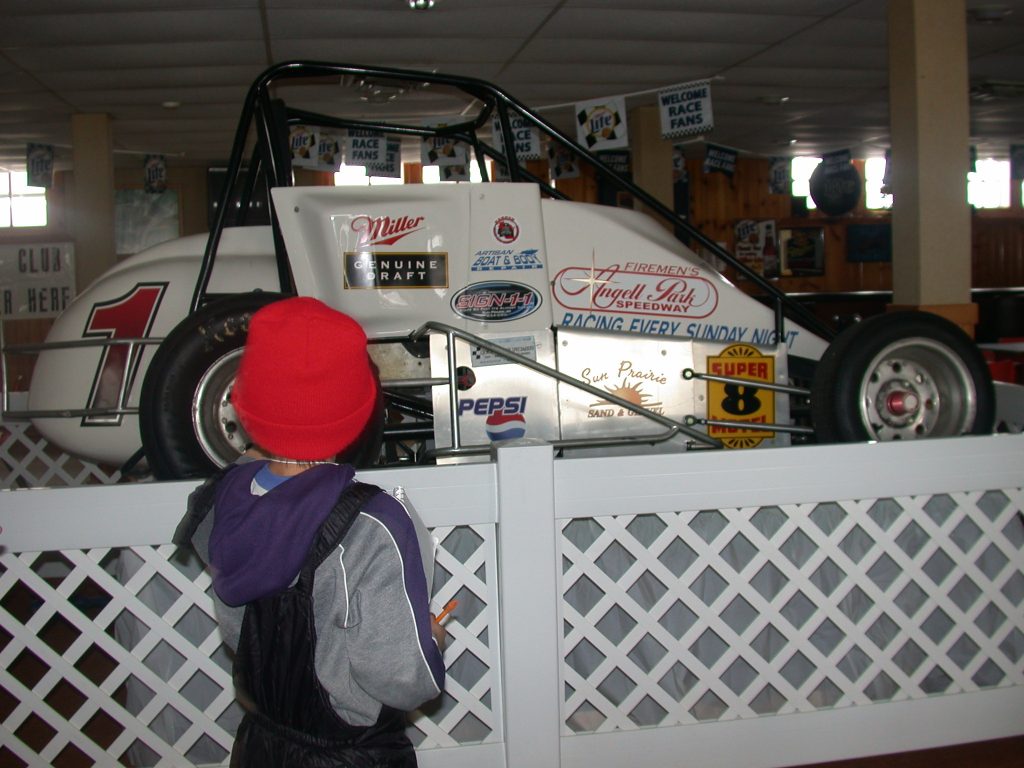 At Angell Park in Sun Prairie there’s a racetrack where they race midget cars. We met the owner of the place. He said some of the best NASCAR racers have raced in midget cars at Angell Park. I remember he said that both Jeff Jordan and Tony Stewart have raced there. At Angell Park they also have the midget car hall of fame. They have little gold plates all over the wall. They all have a name and picture carved into them. The owner said that midget cars cost a lot of money, usually about $4,000. There is another kind of car called a quarter midget car that doesn’t cost that much. 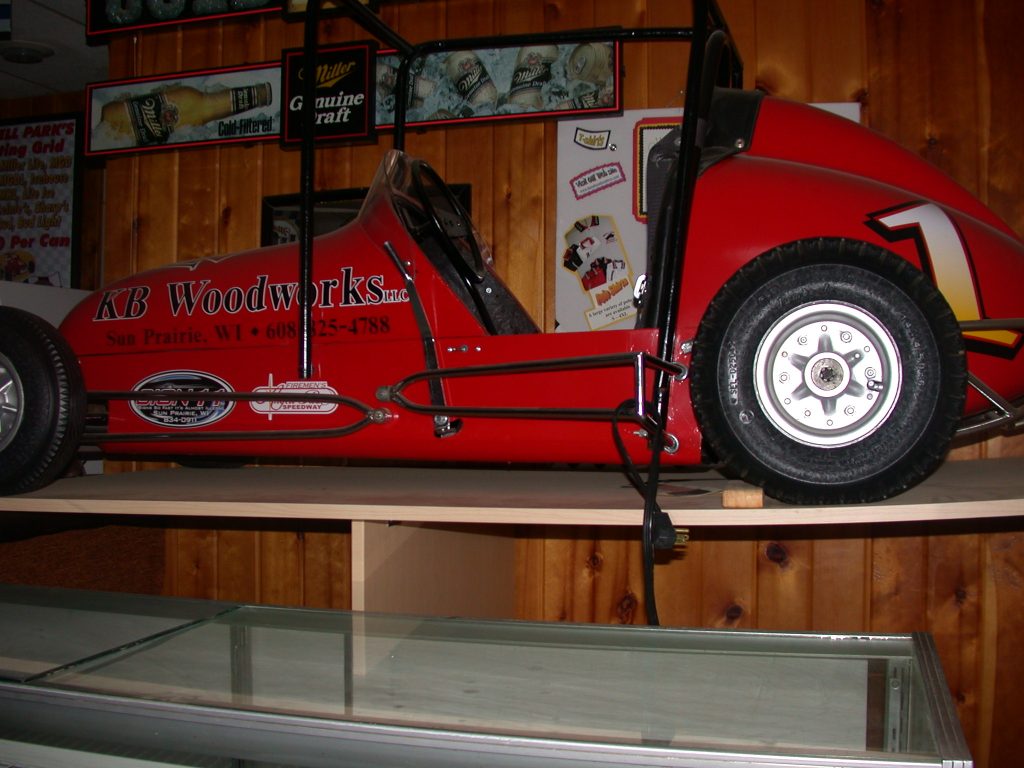 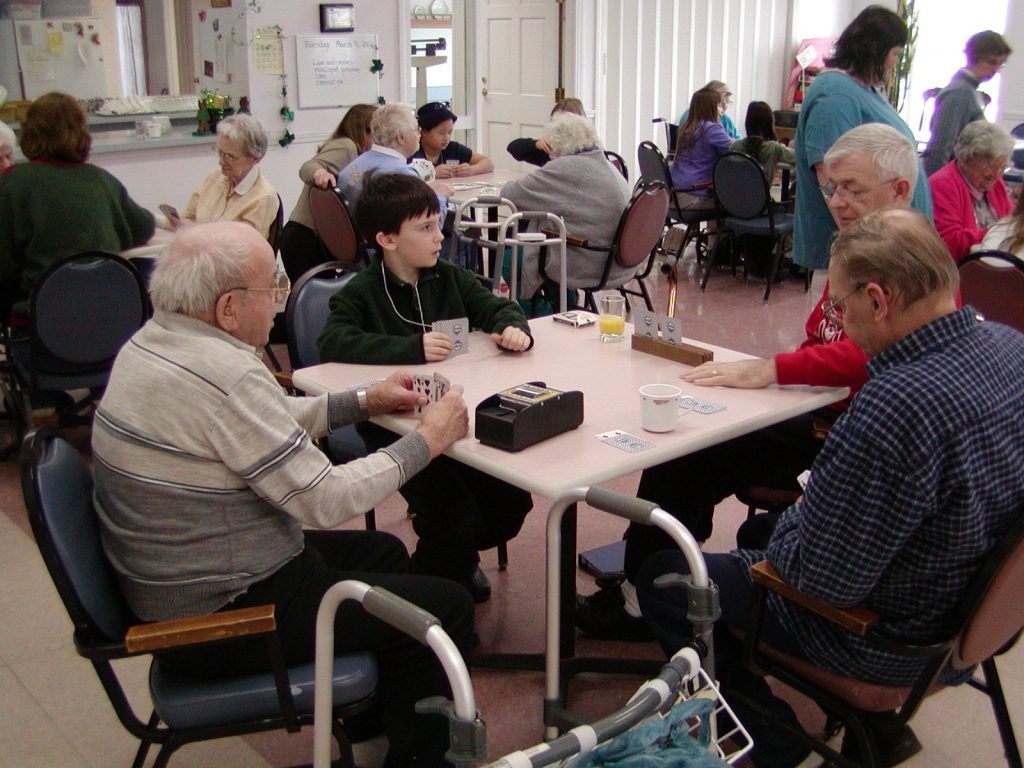 The Colonial Club is an organization for people with mental or physical disabilities. Some of the people there can’t talk, but they still can play cards. To keep them company, we played cards with them. The two games we played are kings’ corner and euchre. 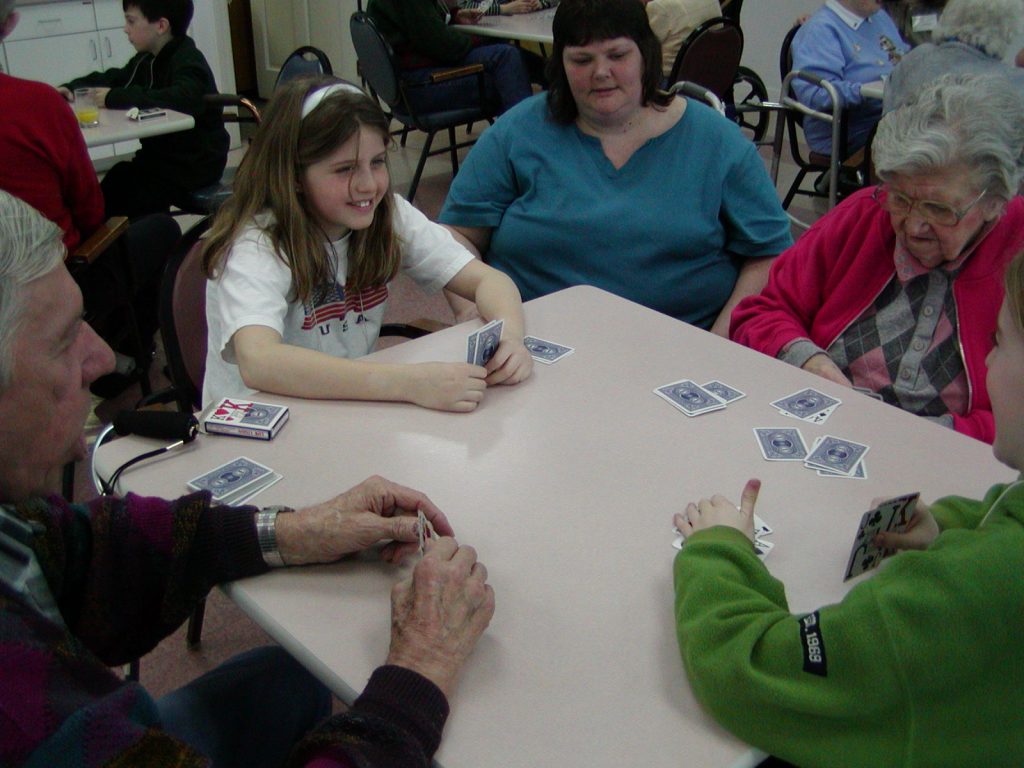 Here are the rules to kings’ corner. You lay four cards down, and then you put things above them (in numbers) on those piles. Aces are 1s. If you get a king, you put it in the corner. The colors have to alternate. If you have an empty space, you can put cards underneath others. 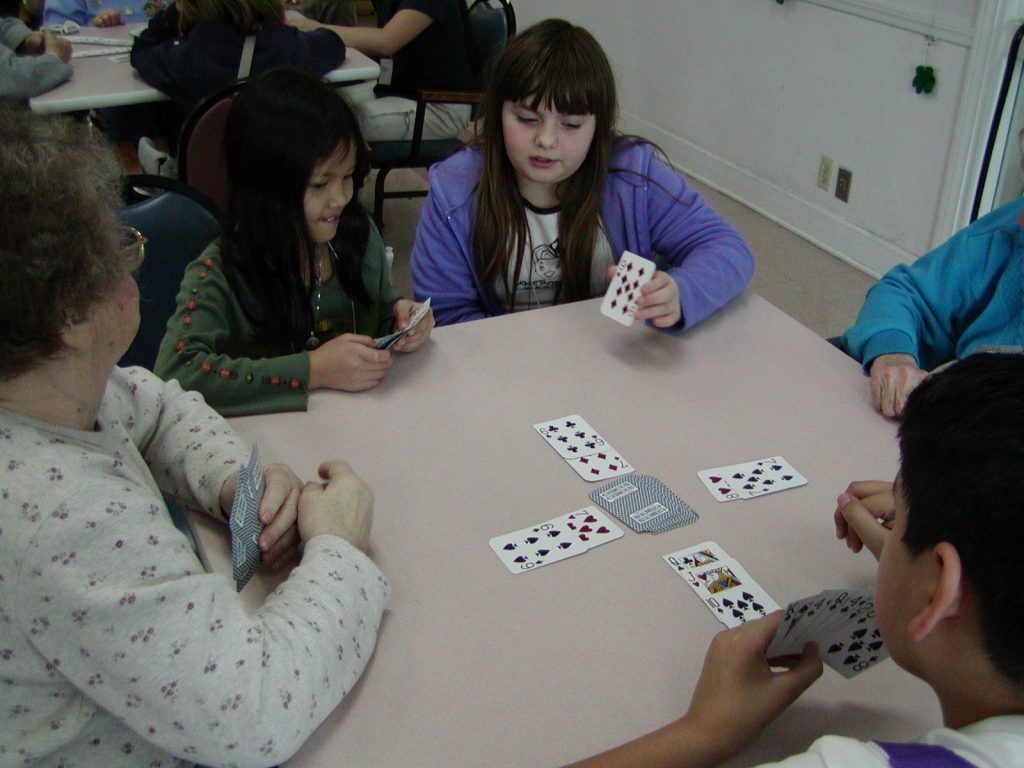 When you walk into the Colonial Club, it’s like you’ve entered the past. Just the furniture and the setting make it look that way. 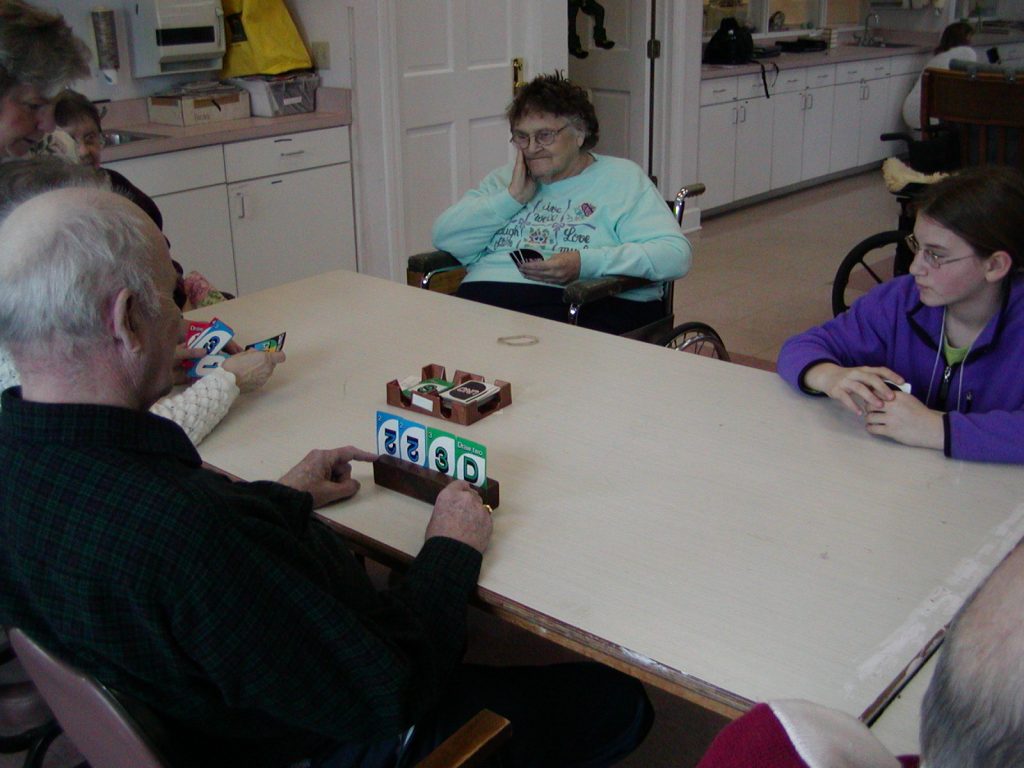 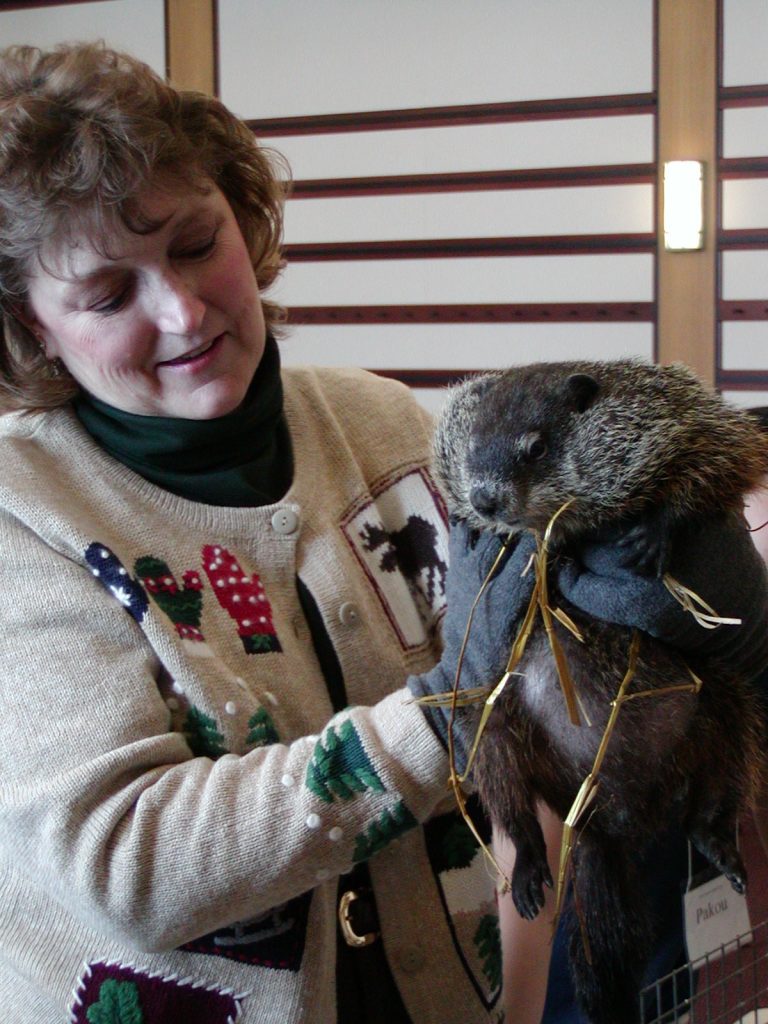 On Tuesday, March 5, Mr. Wagler’s 4/5 class stopped in Sun Prairie to learn about Jimmy the Groundhog. First thing you need to know is that Groundhog Day started a long time ago over in Germany. It was brought over from Germany by three gentlemen in 1947. Doctor James Weiger was the man who actually caught the first groundhog, so he got to have the honor of having the groundhogs be named after him.

Cherie Krisher (“mother” of Jimmy) has had the Jimmies for 18 years of generations. She told us that the first groundhog was pretty aggressive, but as the groundhogs spent more time in captivity they became more gentle.

Groundhog Day is very important to Sun Prairie. This year Jimmy rode up in a limo. Anybody whose birthday is February 2 gets to have birthday cake up by Jimmy the Groundhog. The mayor, who supposedly can speak Groundhogish, picks Jimmy up and tells the crowd that they will be having six more weeks of winter or an early spring. 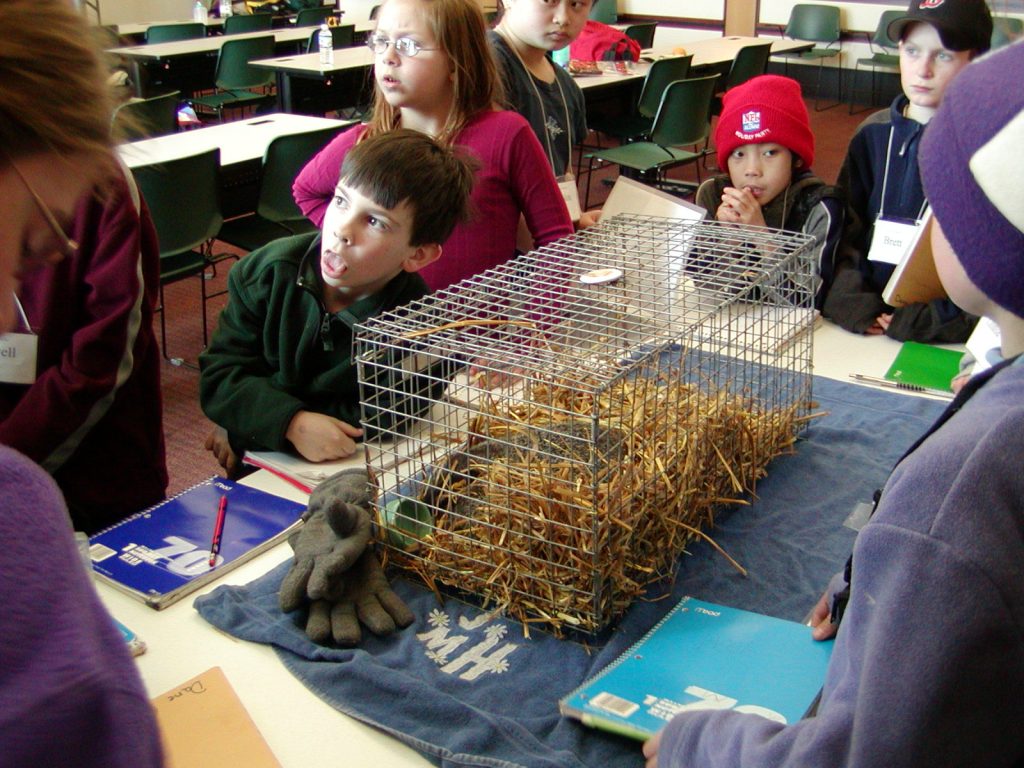 Groundhog Day is always February 2 because that is when the first Jimmy was born. There have been seven Jimmy the Groundhogs. 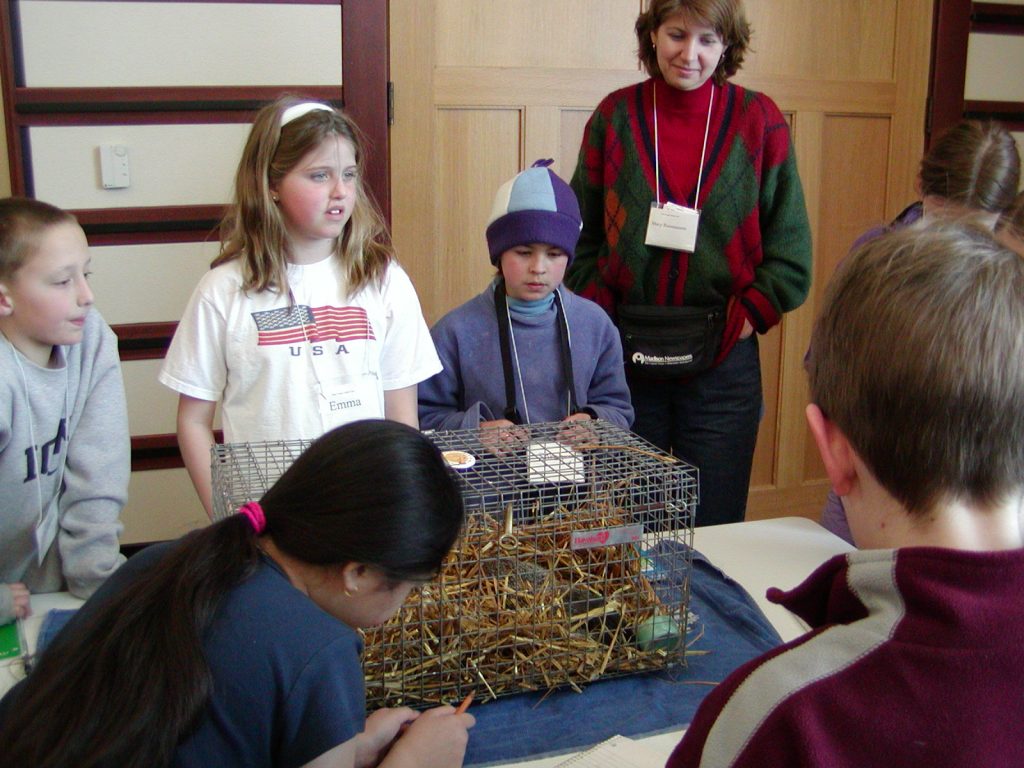 A carrot and peanut butter is a great treat for Jimmy. His normal food, though, is rabbit pellets. He gets them three or less times a day. He lives (in winter) in a crate about eight feet tall and four feed wide. The crate is full of hay so Jimmy can burrow down.

Burrowing is a natural thing that groundhogs do. It’s for safety, warmth, food, and shelter. Groundhogs are smart and neat, so if you see their burrows you’d laugh. They have two compartments, one for sleeping and one for a bathroom (and they have an extra escape route just in case).

Check out Jimmy next February 2 (pray he doesn’t see his shadow!). 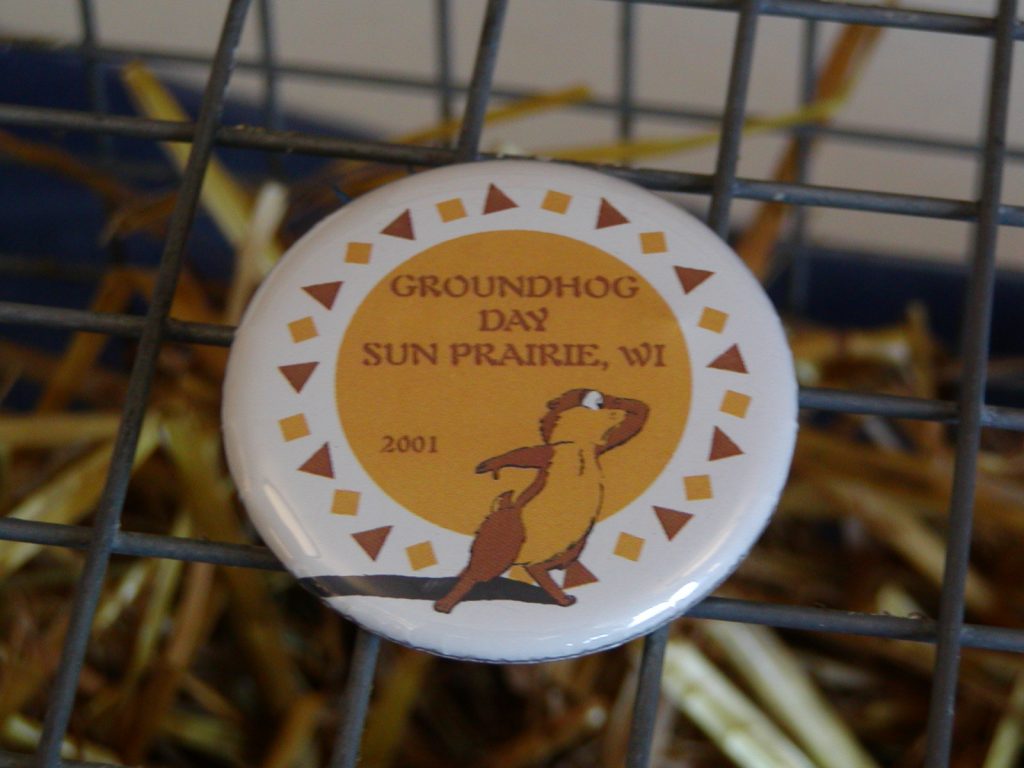 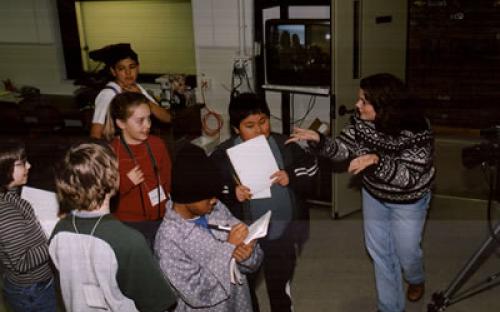 Kids 4 is an television station operated by kids from little to 17. It’s on Channel 4. On these shows, the kids do the acting, directing, editing, and everything else, but sometimes they don’t control the cameras. In the building, there is a “Wall of Fame.” It has all the names of kids who have participated in Kids 4 on it. There is layer after layer of names. The station has high-tech equipment, such as digital editing and expensive cameras, and although kids do operate the cameras, they usually edit non-digitally. 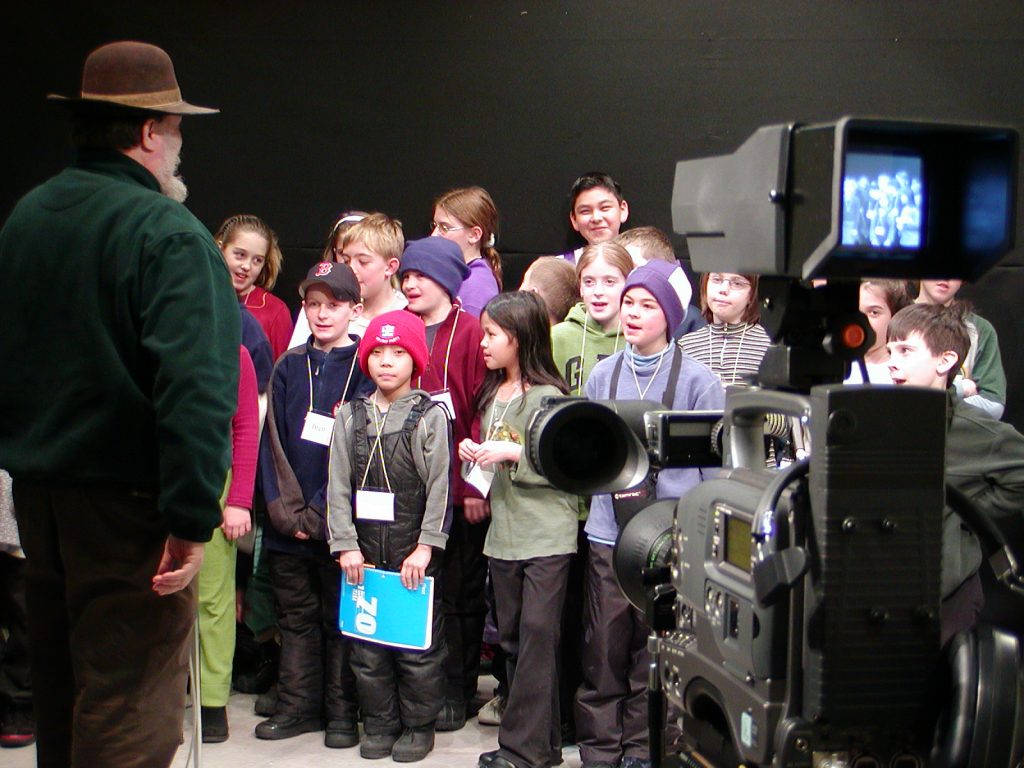 Since the kids do everything, after a while they can graduate to a larger and harder position. Kids 4 has two sets, and that is so you can have two shows being filmed at the same time. Kids 4 teaches kids about life, and how not everything you see on TV is true. It teaches about peer pressure. 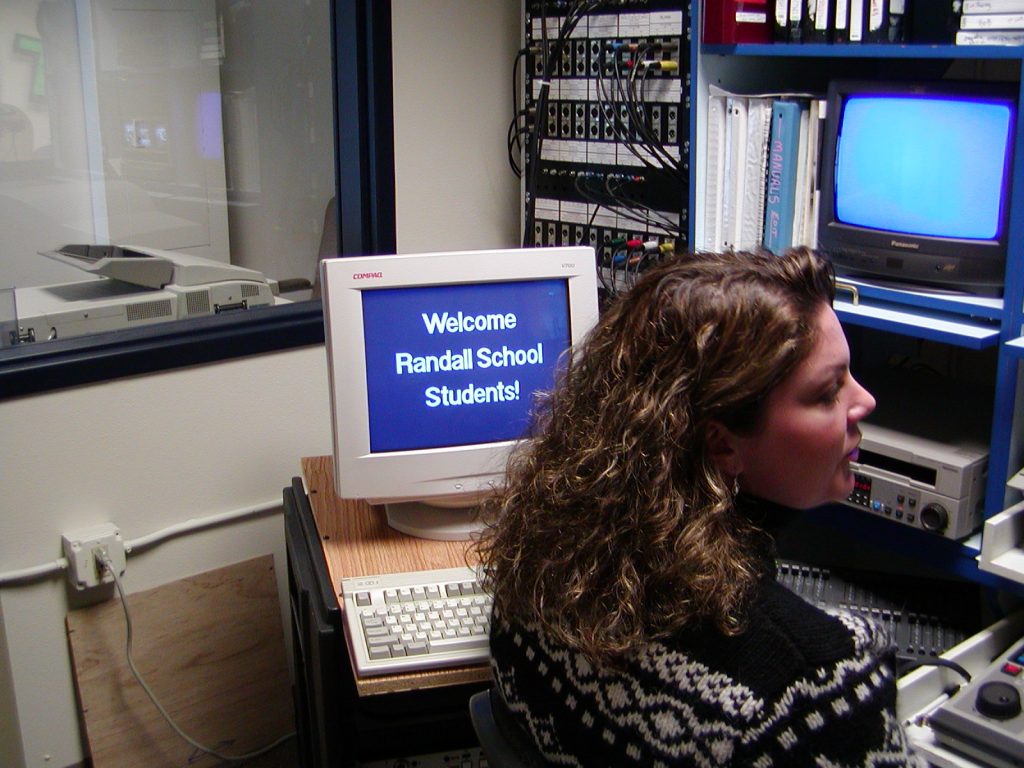 Kids go to Kids 4 when they are about my age (I’m 10). There, the professional TV people show them all kinds of things about TV. For example: how to work with a camera, how to work with a microphone, etc. Once the kids are finished with the basic steps, they go to an advanced level where they make commercials, shows, and even a little movie! Once you have done five special programs (you have completed them successfully), your name gets on the paper, and once you’ve done ten special programs, your name goes on a golden sheet, so everybody would know you’re an accomplished TV dude. 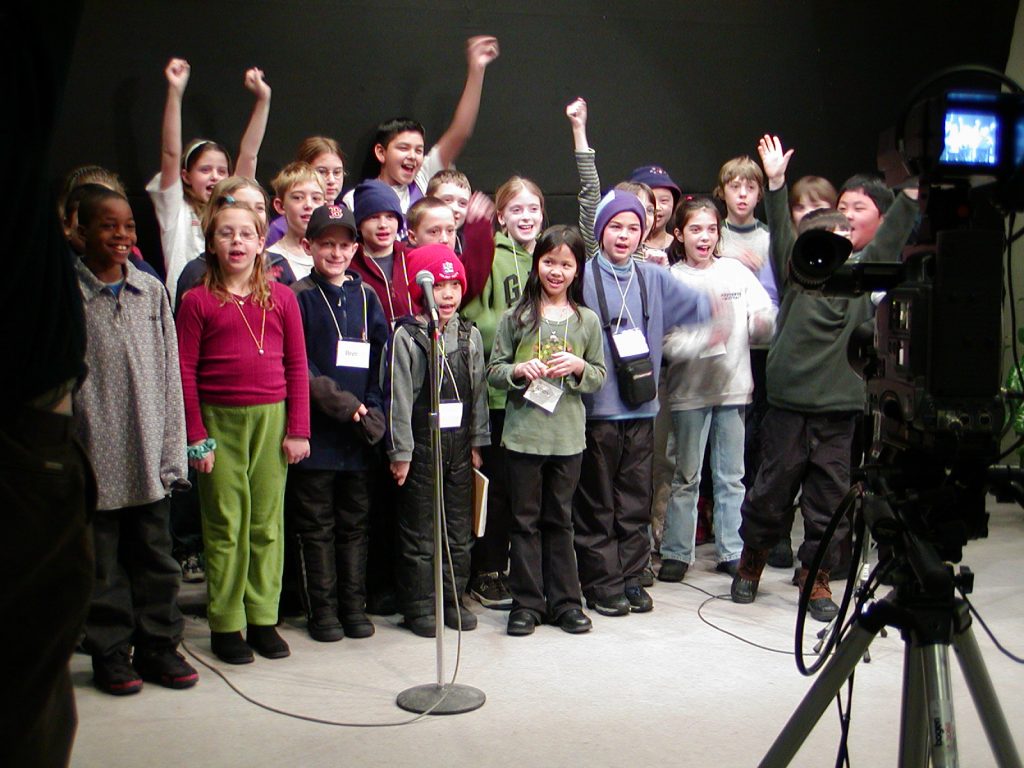