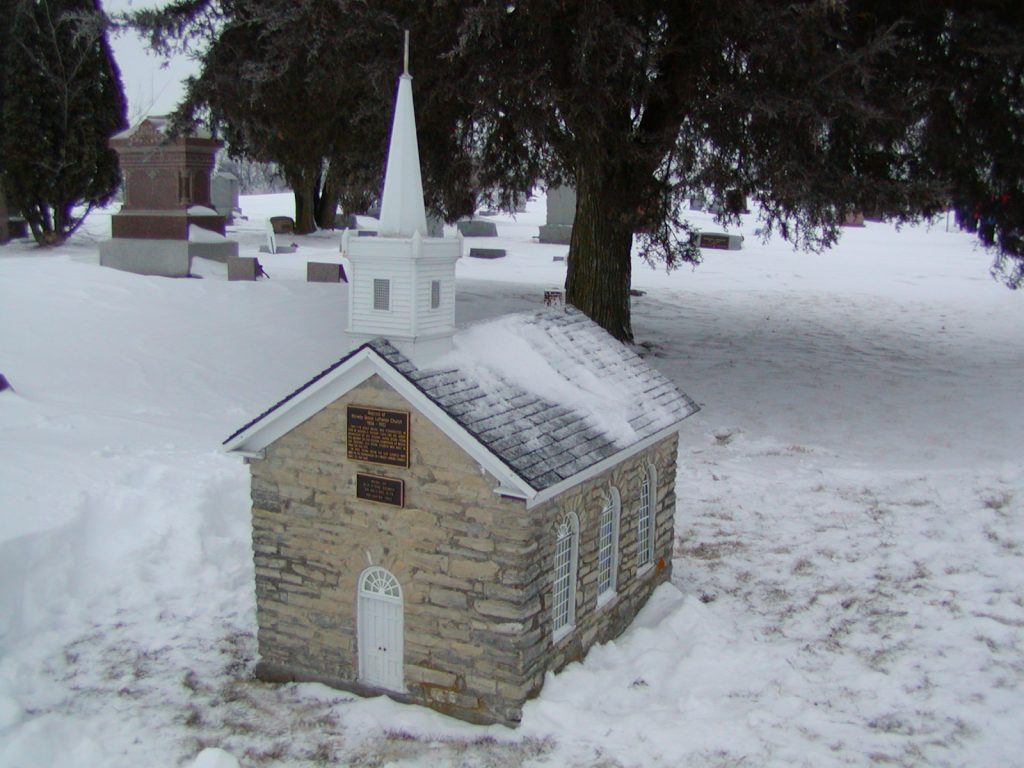 The first Norwegians came to the Townships of Windsor and Vienna in 1844. During the next three years, many settlers came here from Sogn, Norway, to the community lying in the northwestern part of the Town of Windsor and the adjoining portion of the Town of Vienna. This region became known as Norway Grove, with its hills, woods and creeks reminding the immigrants of their homeland. 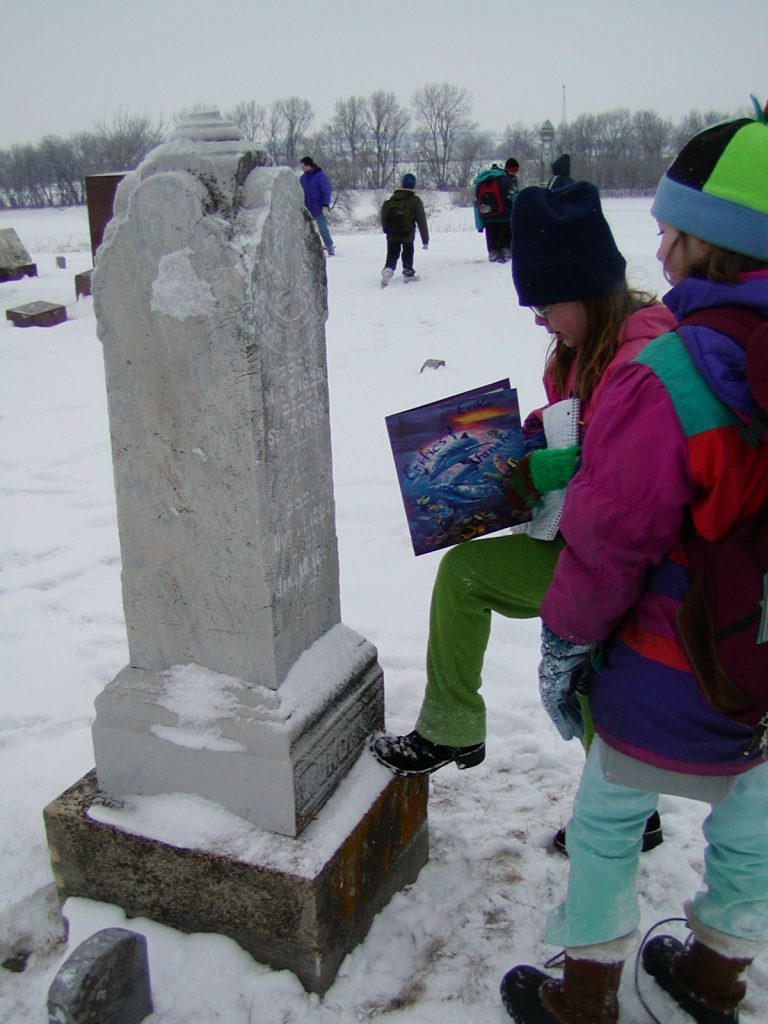 Shortly after New Year’s of 1847, these Norwegian settlers, together with those of Spring Prairie and Bonnet Prairie, invited J. W. C. Dietrichson, pastor at Koshkonong, to come and conduct services and to baptize their children. In October of 1849 it was decided that the settlers from these three areas would organize a Norwegian Lutheran Congregation. 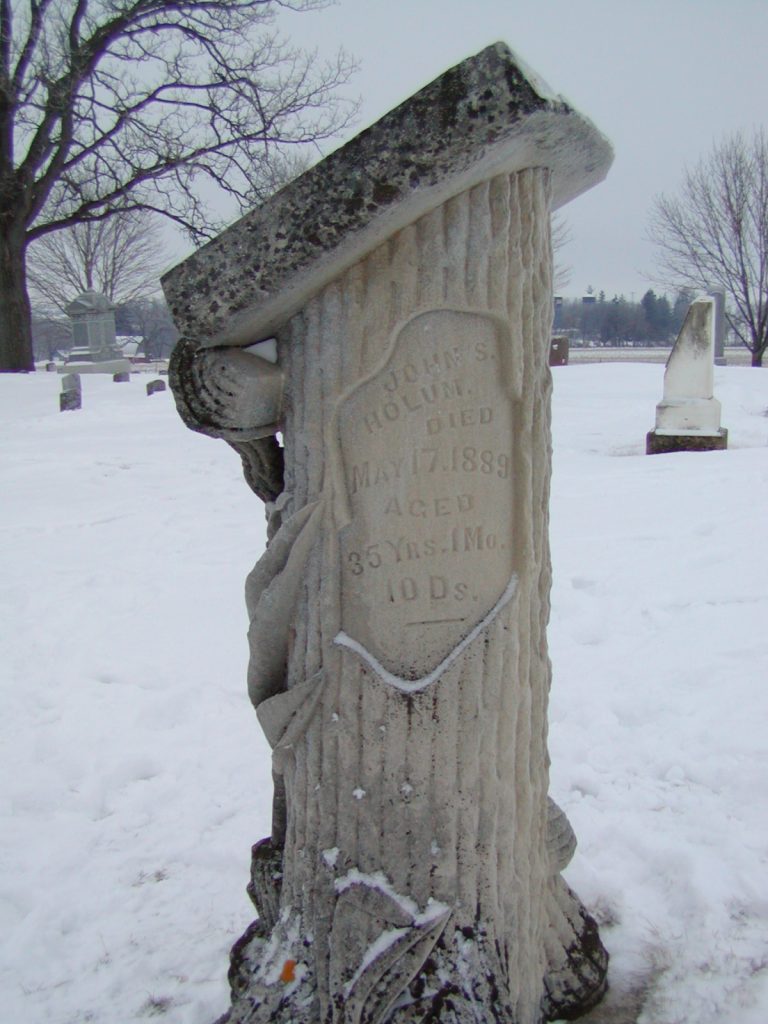 The site for the first church at Norway Grove is described in the deed of Dec. 15, 1853. It was purchased from Erik Johnson and John J. Johnson for ten dollars, containing one acre and one hundred fifty-two square rods of land, “for church purposes including site for a meeting house, burying or cemetery ground and a way to get thereunto from the east side of said section.” 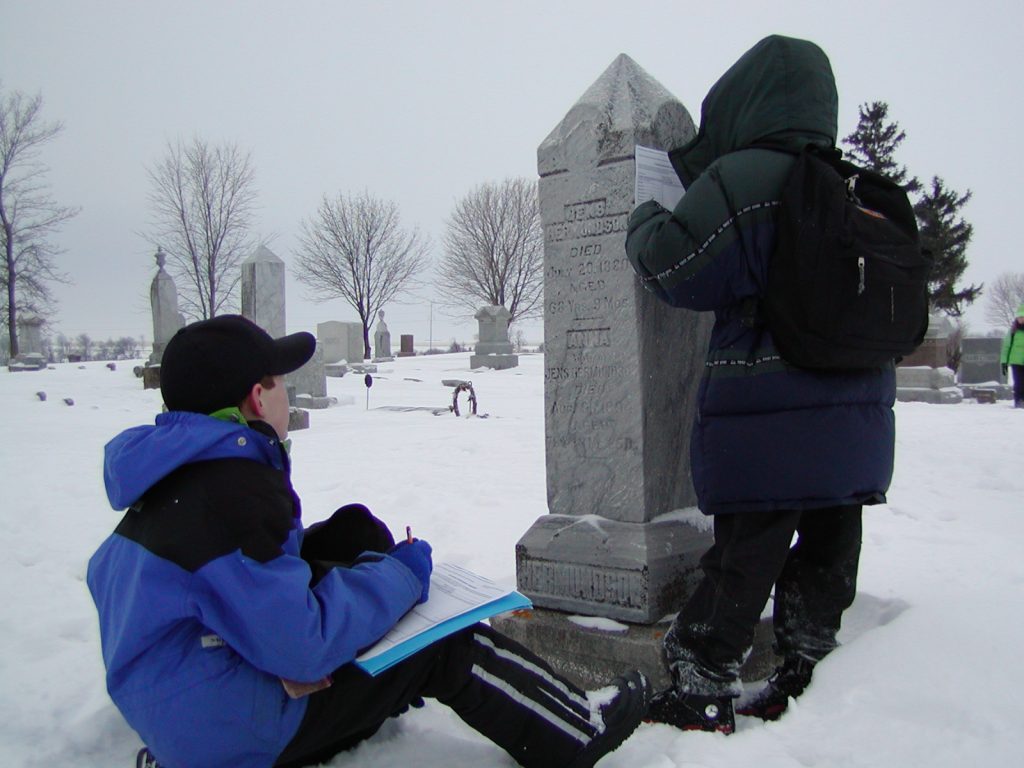 The first stone church was dedicated in 1861, but by 1902 the congregation had grown so much that a new church had to be built. This second church was completed and dedicated on May 17, 1903.

–Adapted from History of the Norway Grove Lutheran Church, 1947 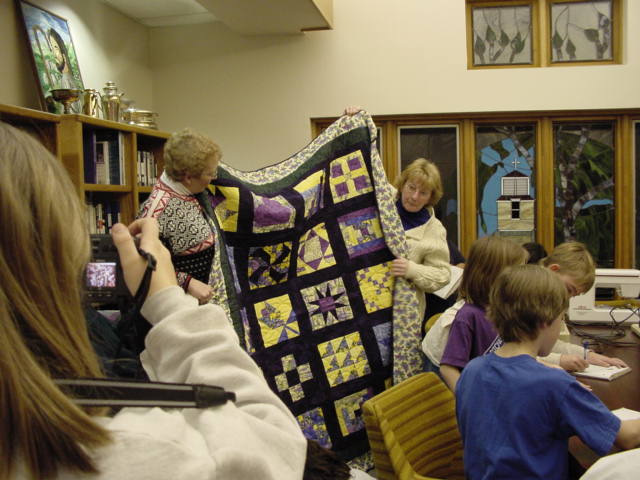 In the quilting group, we learned that 7 percent of the homes in the U.S. use quilts, or somebody quilts, or both. We also learned about different designs, like the log cabin. It’s called the log cabin because it has a ring on the outside and then another ring and so on until it gets to the middle, and that ring represents the chimney.

Another design is the Irish chain. It’s made up of squares that go diagonal and crisscross all over. And a double Irish chain is where there’s a different color along the outside. But then when they crisscross, the outside color doesn’t overlap the chain. 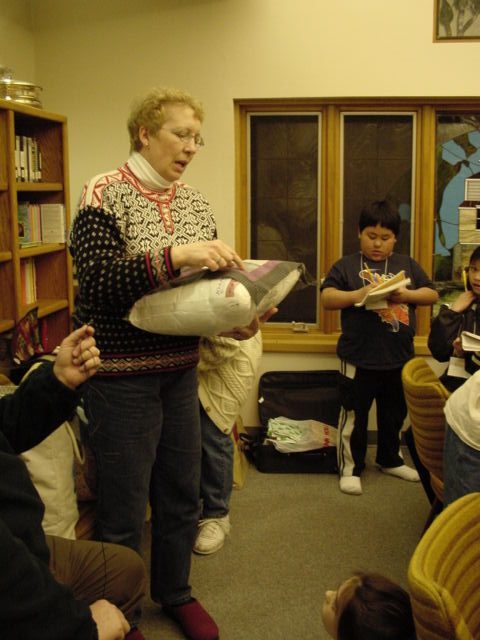 Some of the quilters learned how to make quilts when they were really young. Some learned from their grandmas. 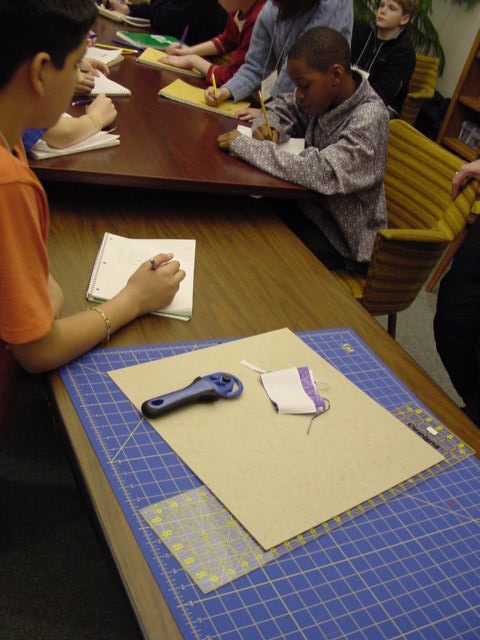 The tools they use can be dangerous. There are very sharp pizza rollers to cut the fabric with. You have to remember to put the blade back. 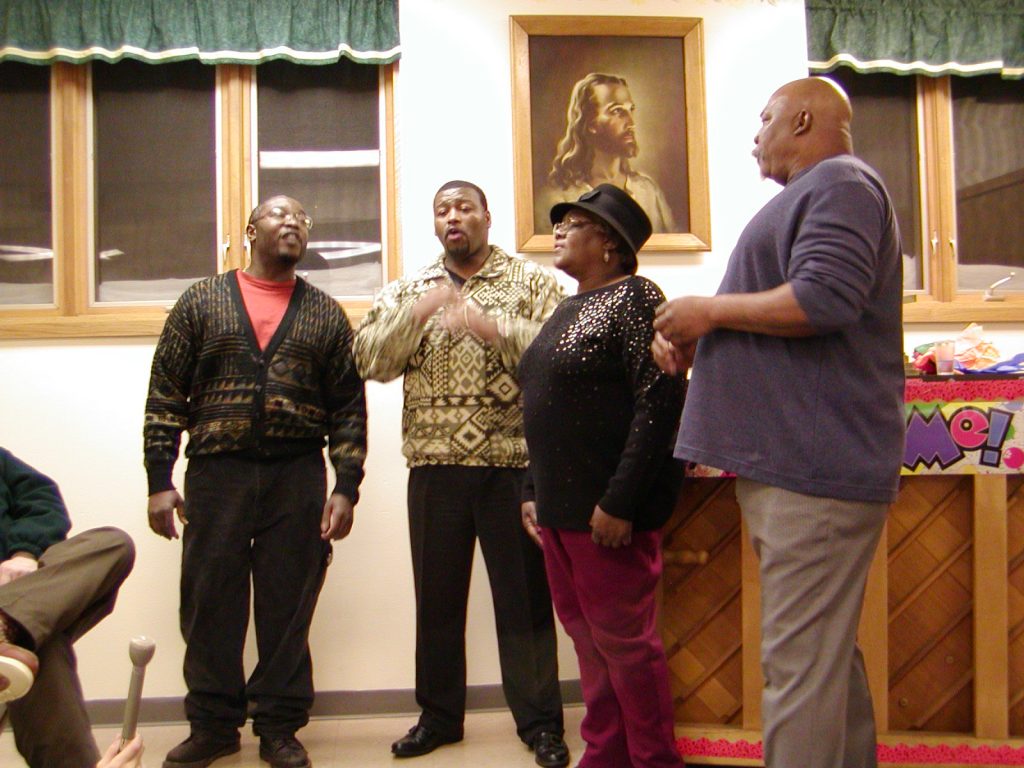 The Madison Gospelaires are an a cappella group. A cappella means singing without instruments. The Gospelaires sang a few songs for us. They were called “There’s No Secret,” “How Long,” and “Doors of Progress.” 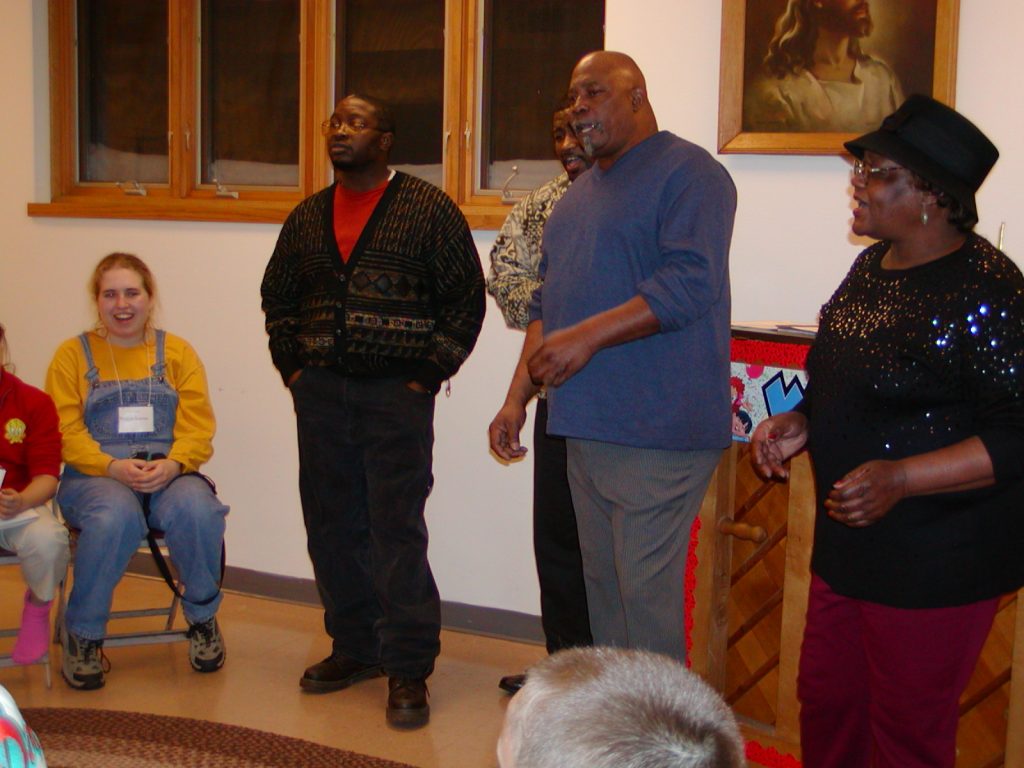 Gospel music is about Jesus and God, meaning it is in the Christian religion. The last song they sang alone was “Lord Remember Me.” Then we sang with them a little bit. We sang, “This Little Light of Mine” and another song. I thought we were good but I think they were better because of course they practice a lot and are doing gospel music all the time. 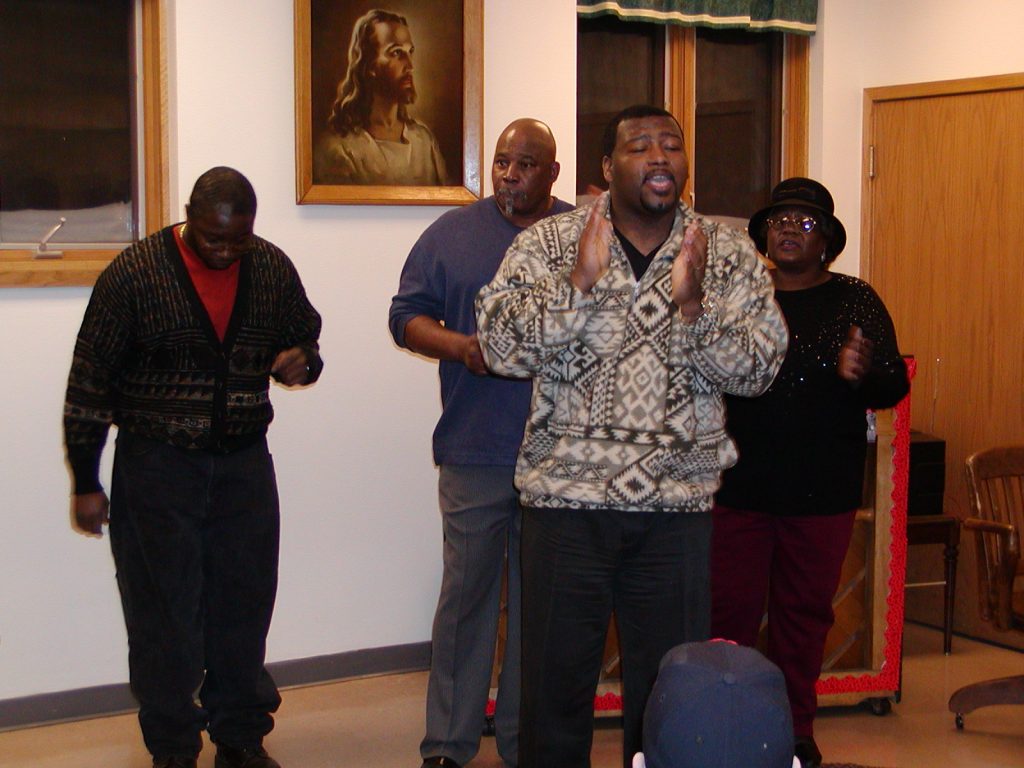 Sometimes in gospel music you clap your hands. I also saw them tapping their feet to the rhythm once in a while. They had a good sense of rhythm and I doubt they ever get off the beat. 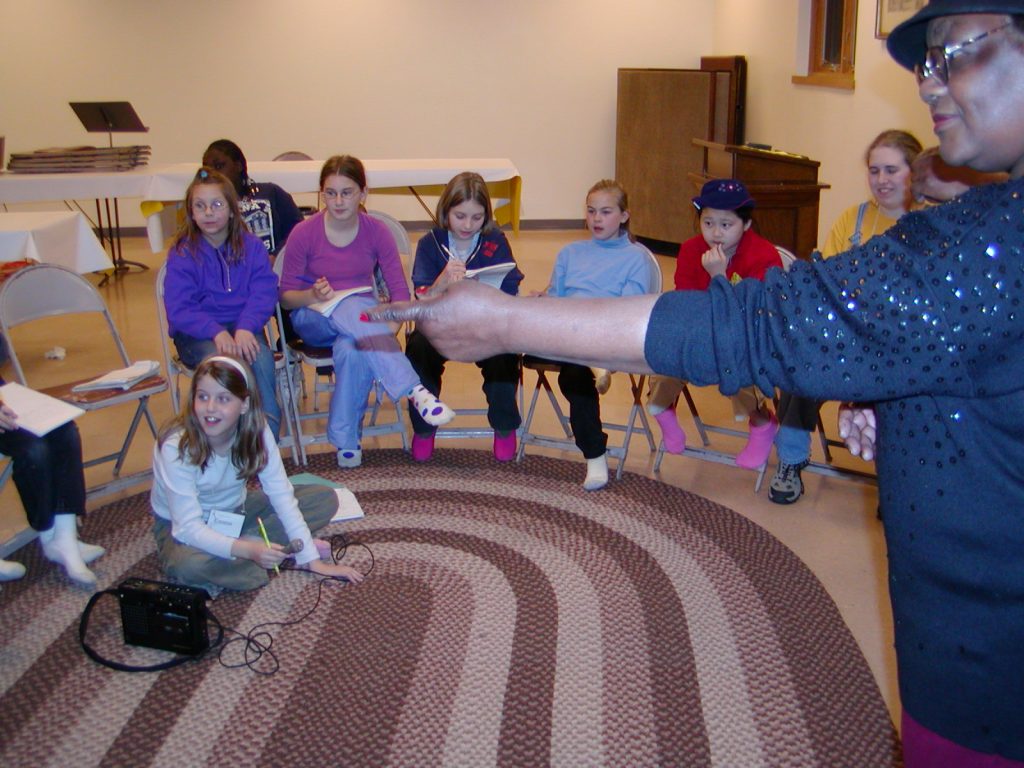 Gospel singing has its roots in singing by black slaves. Slaves sang the songs when they were picking cotton. But you don’t have to be black to be a gospel singer.