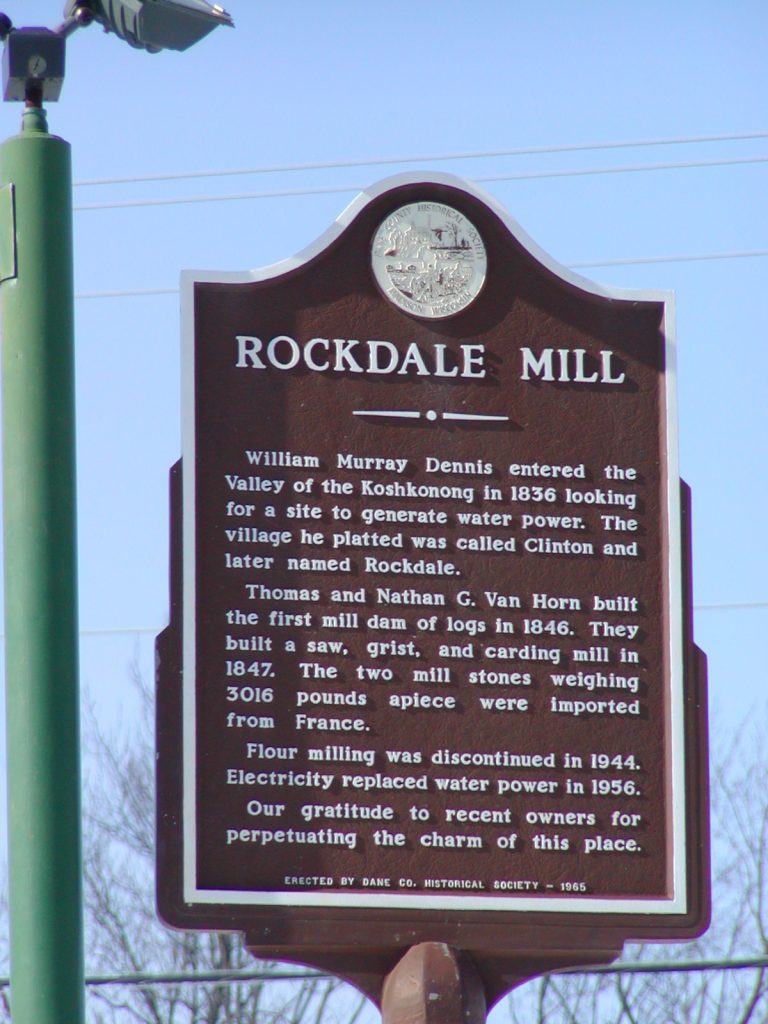 The Rockdale Mill was built in 1846 to grind flour and make food for animals. Back then, Rockdale was a busy place. It had two stores, a barber, and a blacksmith. Kids used to skate on the pond. In 2000, the Wisconsin DNR took out the dam. Now there is a stream where the dam used to be. There are lots of fish in the stream. Huge carp up to 15 pounds are caught in Rockdale. “They look like whales!”, said Janice Redford, the lady who showed us the mill. So a lot of people who missed the dam are now excited about nature. 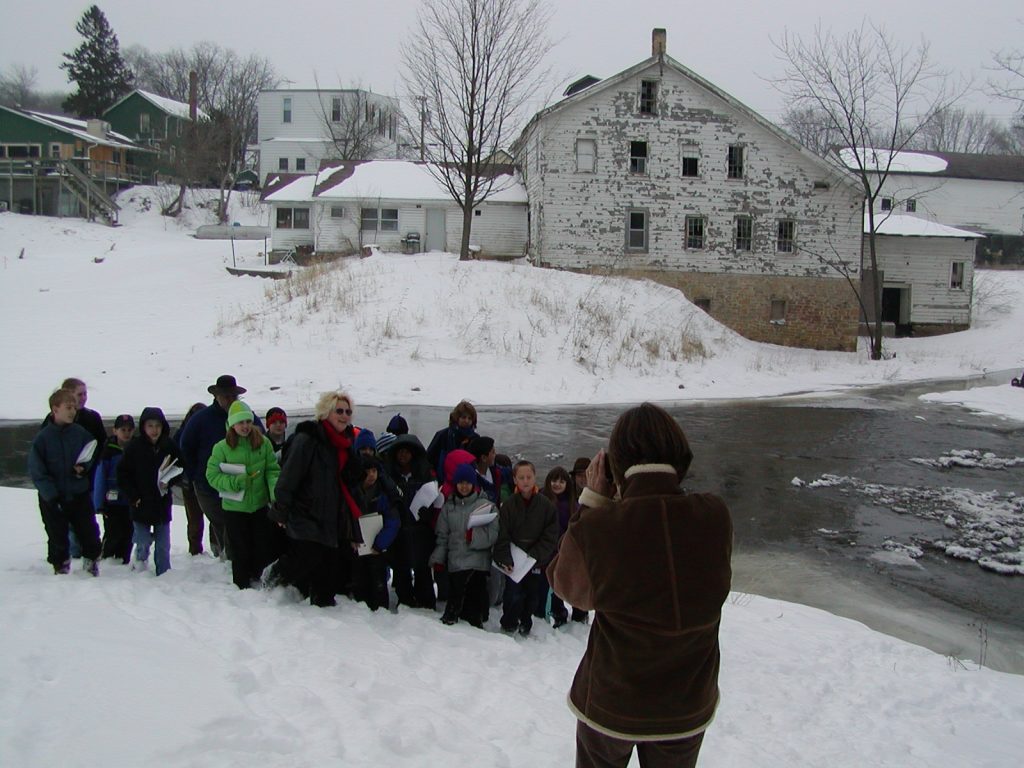 Every summer, a summer a group of Ho Chunk Indians came to Rockdale to get wild rice. They called the place Koshkonong. In 1846, a dam and waterfall were built. It was a cool place. In the 1920s, they used the side of the mill to show movies. 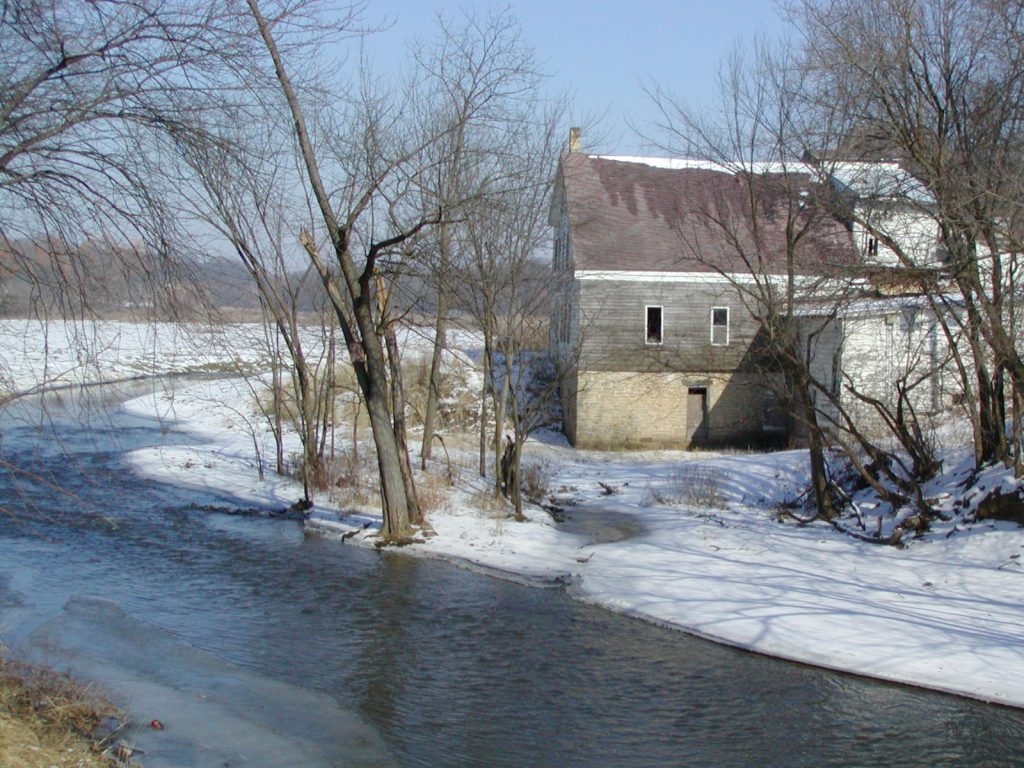 Now, the old mill wheel is under the water. It has been lost for a long time. A lot of people are still looking for it. 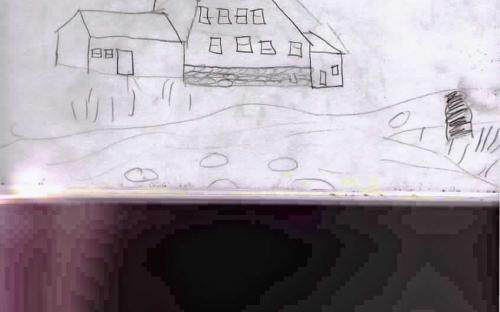