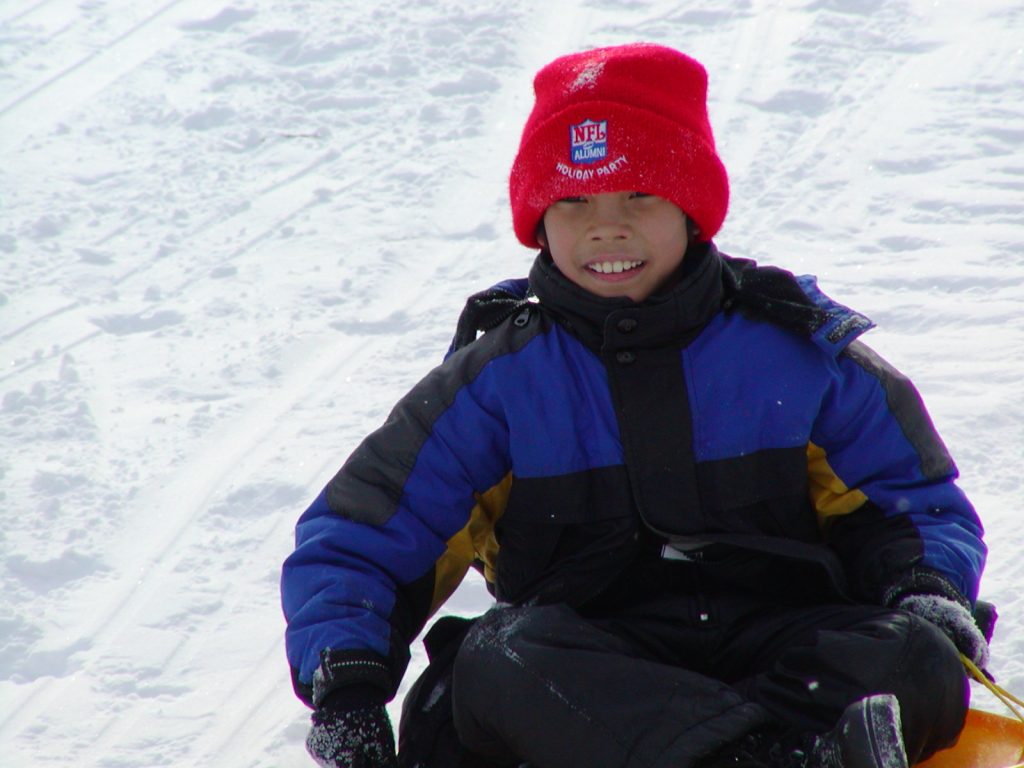 The sledding hill was my favorite part of the trip. We even made up a team called Team Five with Kyle, Martin, Juan Pablo, and me. Most of the time when I went, I crashed, but I didn’t really care We got to roast marshmallows, which tasted very good. I don’t think any of mine tasted the best because I kept burning mine. 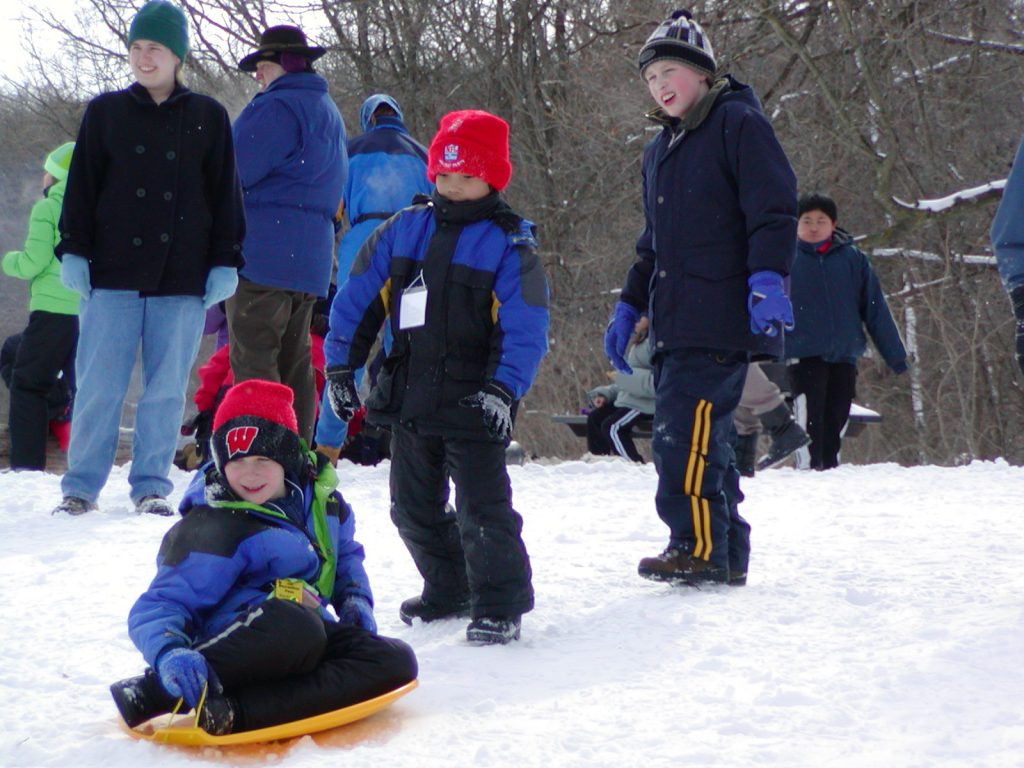 Sledding with Spirit
(But not Grace!)
By MacKenzie and Sarah
Zooming, speeding
Down the hill
It’s smashing!
We’re crashing!
Smack!
Karplunk!
Ouch…sorry. 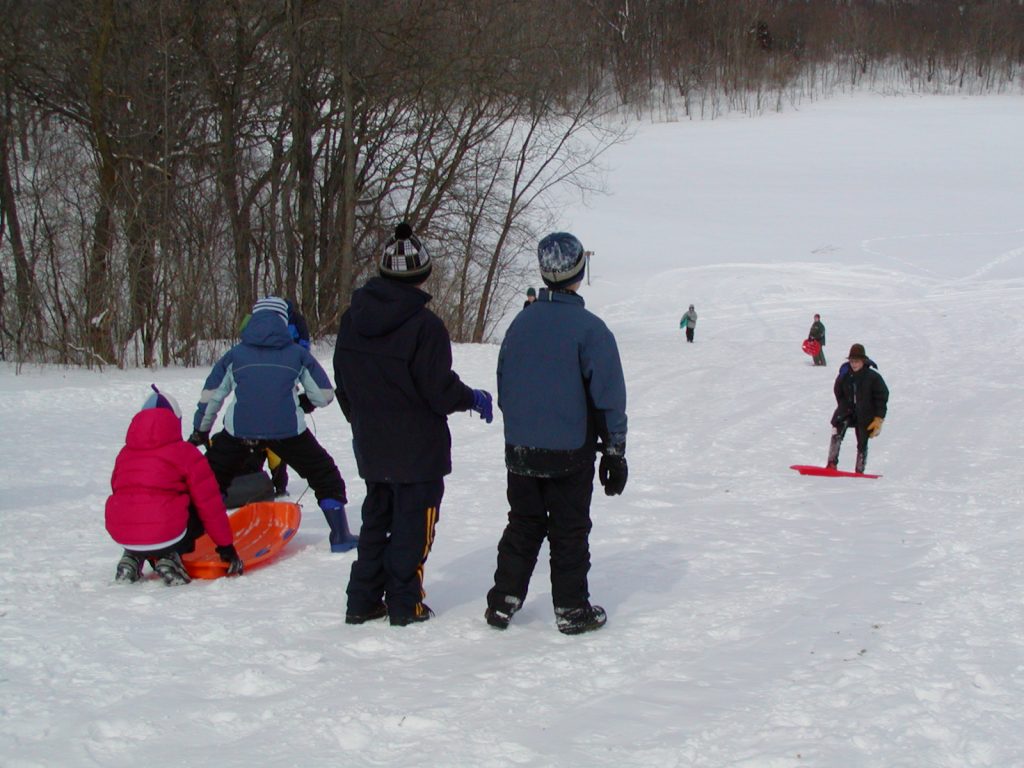 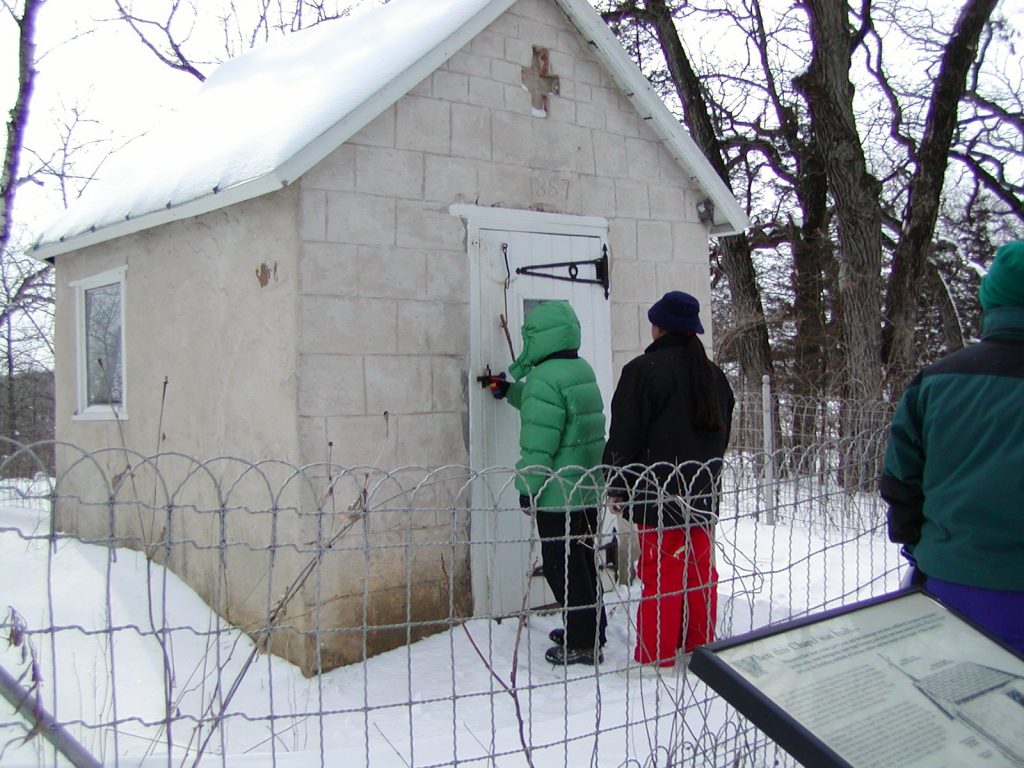 Why would anybody steal something from a chapel?

One day when Viola went to the chapel she prayed for rain. In the next two or three days it rained. Viola goes to the chapel once a year with her son. She is honored to have the chapel in her family’s name. 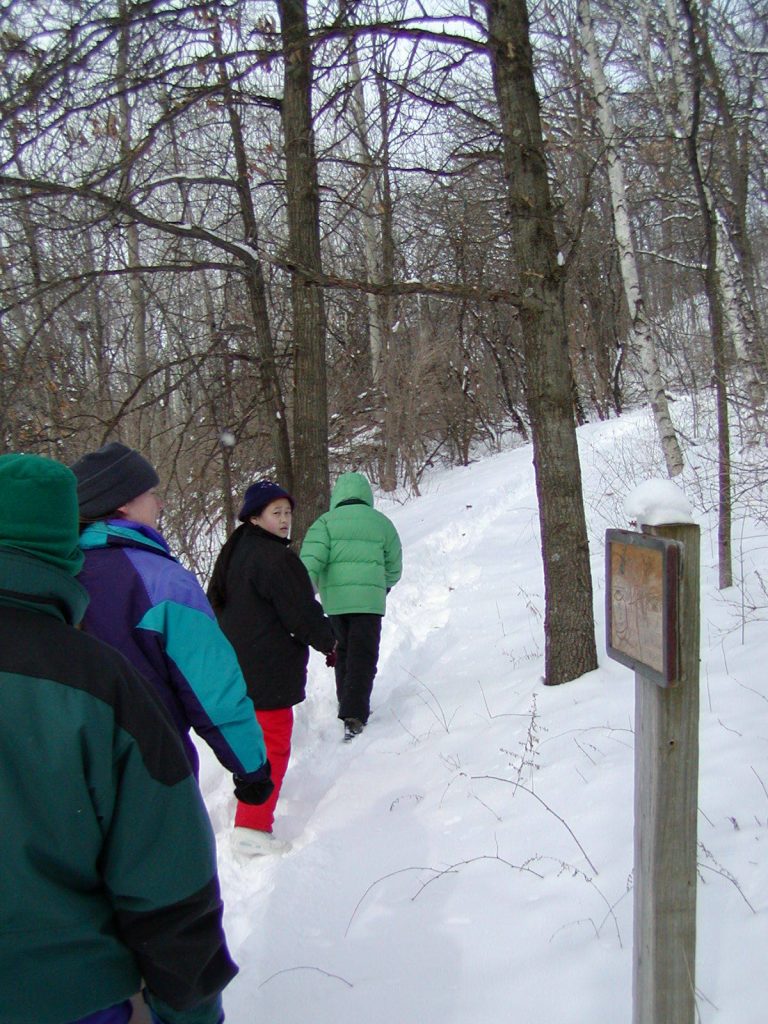 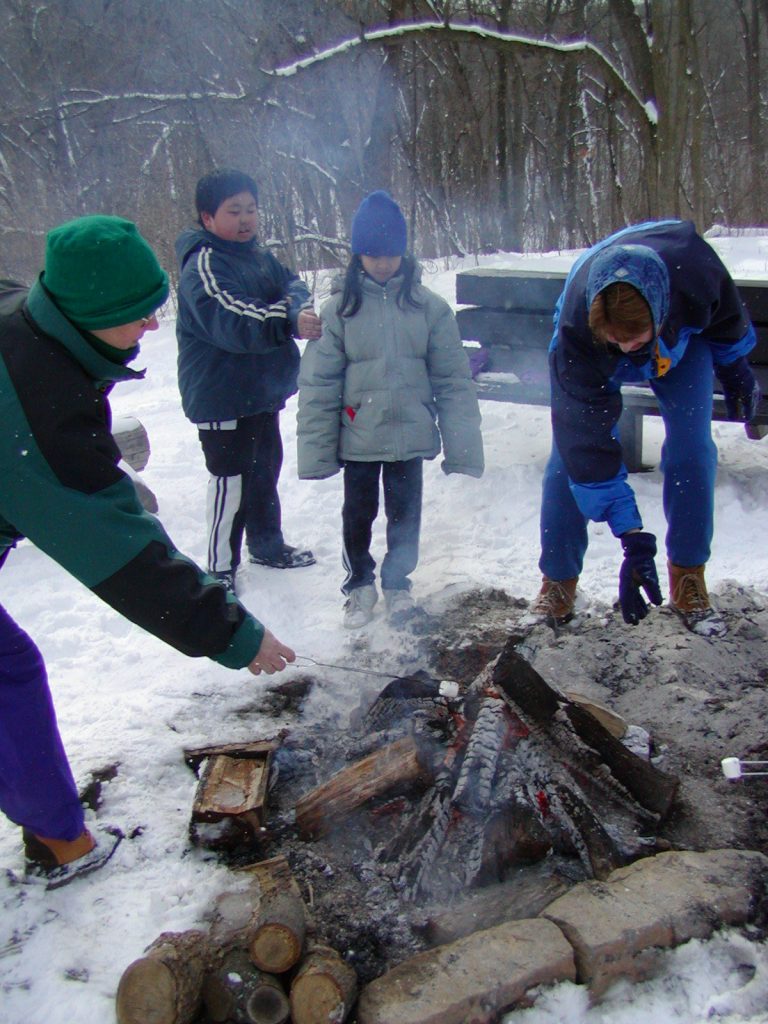 When you get to the chapel, the chapel will be very small because the chapel is kind of like keeping a secret of god mother and god. In the chapel there are pictures of god and another kind of god mother. Close to the door there’s a board written in German. At the table there were a stature and tall cups. On the edge of the table there were some black notebook. The notebook was there because when you get there you got to write a thank you note to god because he had helped you. 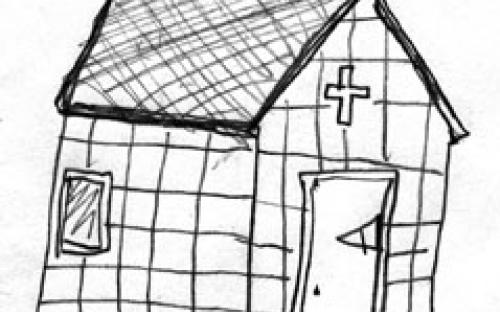 Every year in May and October, St. Martin’s Catholic School does a pilgrimage from the St. Martin Church to the Indian Lake Chapel. On the way up, they say rosaries. It takes several rosaries to get there. Viola said that a rosary takes about fifteen minutes to say. They do this in May and October because one is the month of rosaries and the other is the month of Mary. Viola’s family also goes up to the chapel at least once a year and they are very proud to be a part of the family that built it.