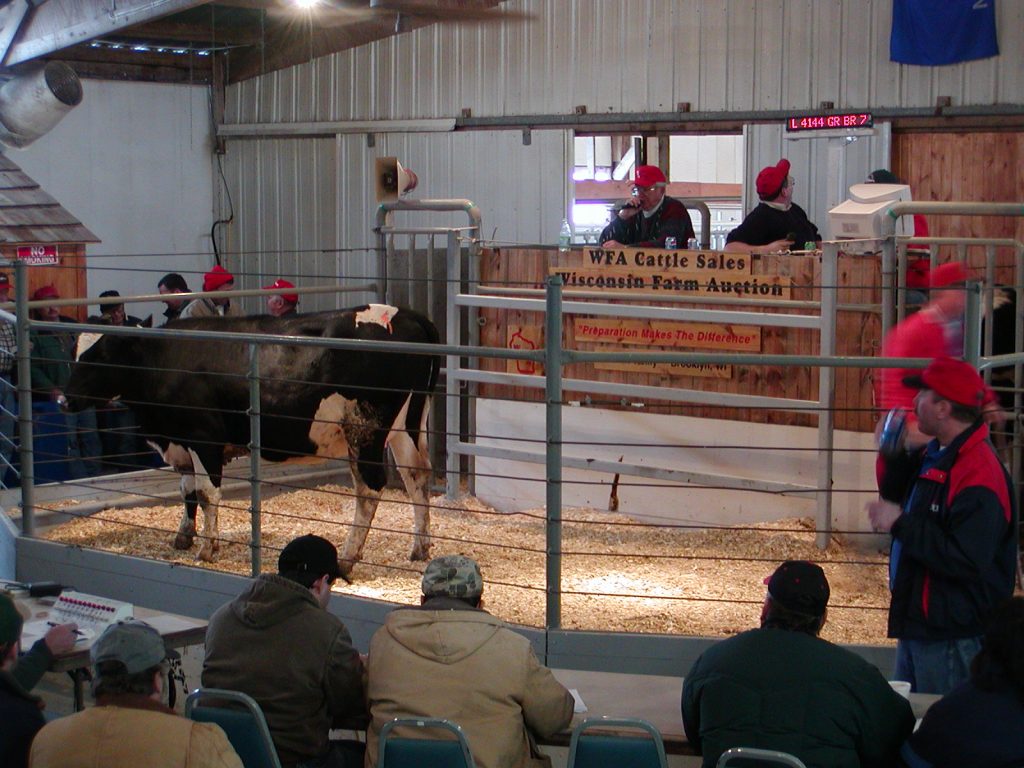 When we went to the auction, I saw a whole bunch of cows. I was wondering what they were for, but then I figured out they were selling cows! Nobody ever bid. I guess nobody wants cows. Or the prices were too high. I didn’t get a thing they were saying, because they talked too fast. How do they do business there, anyway? The only thing I got was those two dudes on each end. They were raising their hands and saying, “Hep, hep, hep, hep . .” But I didn’t get why they were doing it. Maybe to entertain the customers. 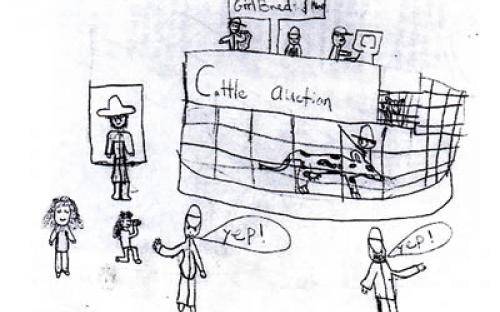 The cow auction was in Green County. They only sold Holstein heifers. When we went inside the building I began to smell a smell of hottish hay. I mean it smelled hot, and smelled like hay. I could hear a little auctioneer’s speech. It sounded like, “Two thousand, two thousand and a half, who’ll give me three quarters…” but it was really fast. 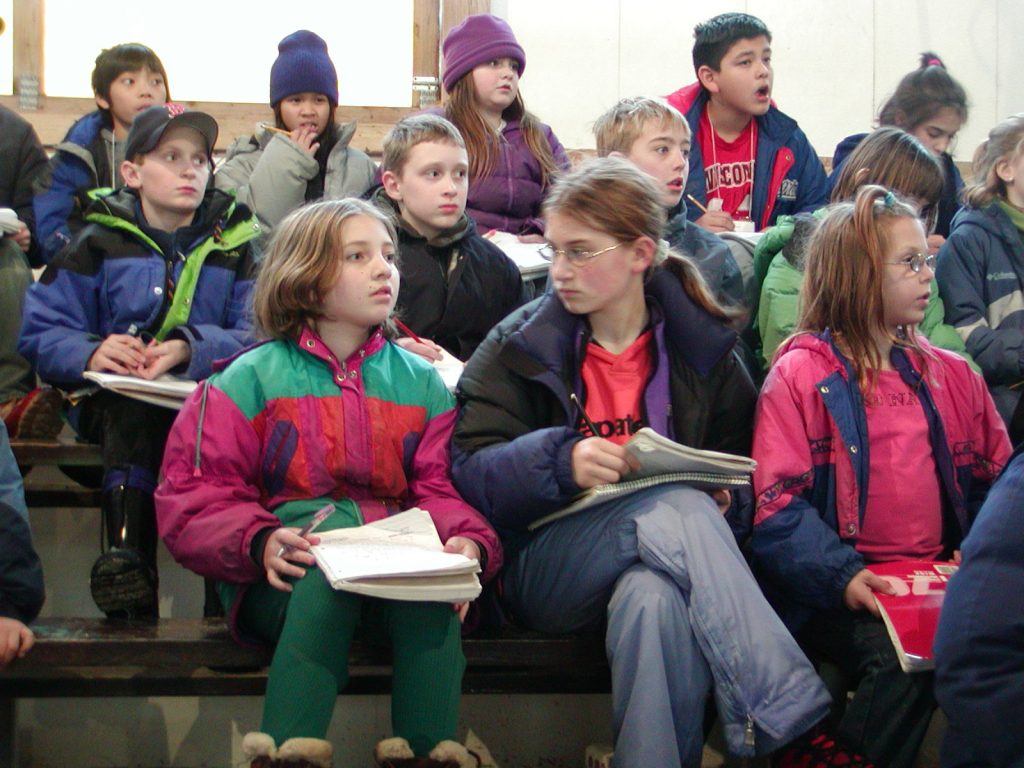 We first walked through a room that had about 150 cows in it. When we stepped into the auction room, we were greeted by a blast of hot air. Two auctioneer assistants were shouting “Yep!” whenever they saw a bid. Here’s what I mean by saw a bid. These men are experienced buyers, so they don’t raise their hands. They make little movements so the bidding doesn’t go higher than the person wants it to. We’re glad the auctioneers’ assistants didn’t take any of our movements as bids.

There’s a gate, and when that gate is opened a cow comes out. It stands in a cage while the auctioneer describes it. Then a man comes into the cage and swats the cow with a cane to make it move. All the cows have been bred at under a year old, and all of the cows are pregnant. Auctions aren’t just for buying and selling! There is a food stand and tables so you can just sit and chat with your friends. 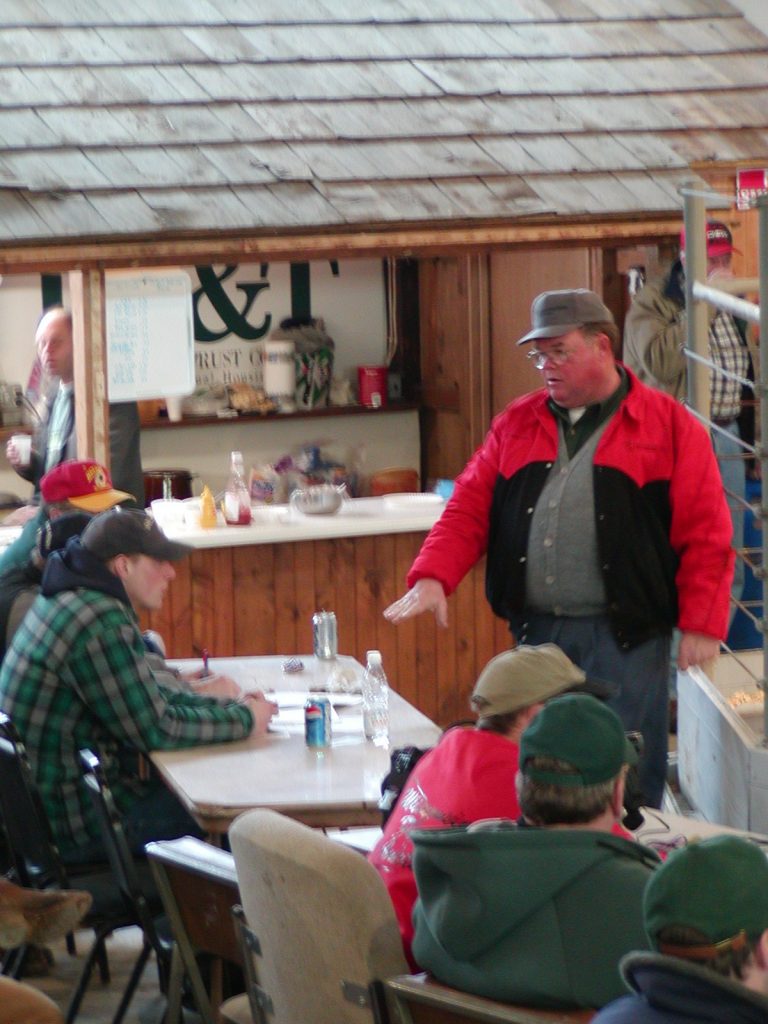