What next after The Greenbush Project?

On The Greenbush Tour

It was a different place.

The tradition of a close community was broken.

Studying the Greenbush has made me a lot more interested in history – I found out I might want to be a historian when I grow up.

Compared to the Greenbush, I don’t know much about my neighborhood.

The study of Greenbush we did this year gave me a new look on mine and other people’s lives, like opening up an eye I never knew I had.

I never really knew how much 25 fifth graders could accomplish. We did masses of research. This year I pushed my achievements to the limit.

I know so much more about culture.

I know much more about racism than when we started.

If I lived in the Greenbush and could go back in time, I would try protesting to the city one last time. Or maybe I would even do something heroic like running in front of a bulldozer or chaining myself to my house so they couldn’t destroy my home.

When I visit new places, I wonder what their past is and if they ever had something happen like what happened in the Greenbush.

Hearing all the stories about Italians and their lifestyle, it makes me understand more about what my Italian family was like when they came here from Italy.

In studying the Greenbush, I unlocked a depth of learning that I never before thought that I had in me.

Studying the Greenbush has helped me get more active in my neighborhood. Now, whenever I see a neighborhood, I say hello and start a small little conversation.

I actually understand how people of a different race or ethnicity feel, and how they are treated.

I never really paid enough attention to a neighborhood like I did to the Greenbush. Now I think my neighborhood is more complicated than I thought it was when I was little.

After studying the Greenbush for so long, I think I feel like I’m sort of a part of the Bush. 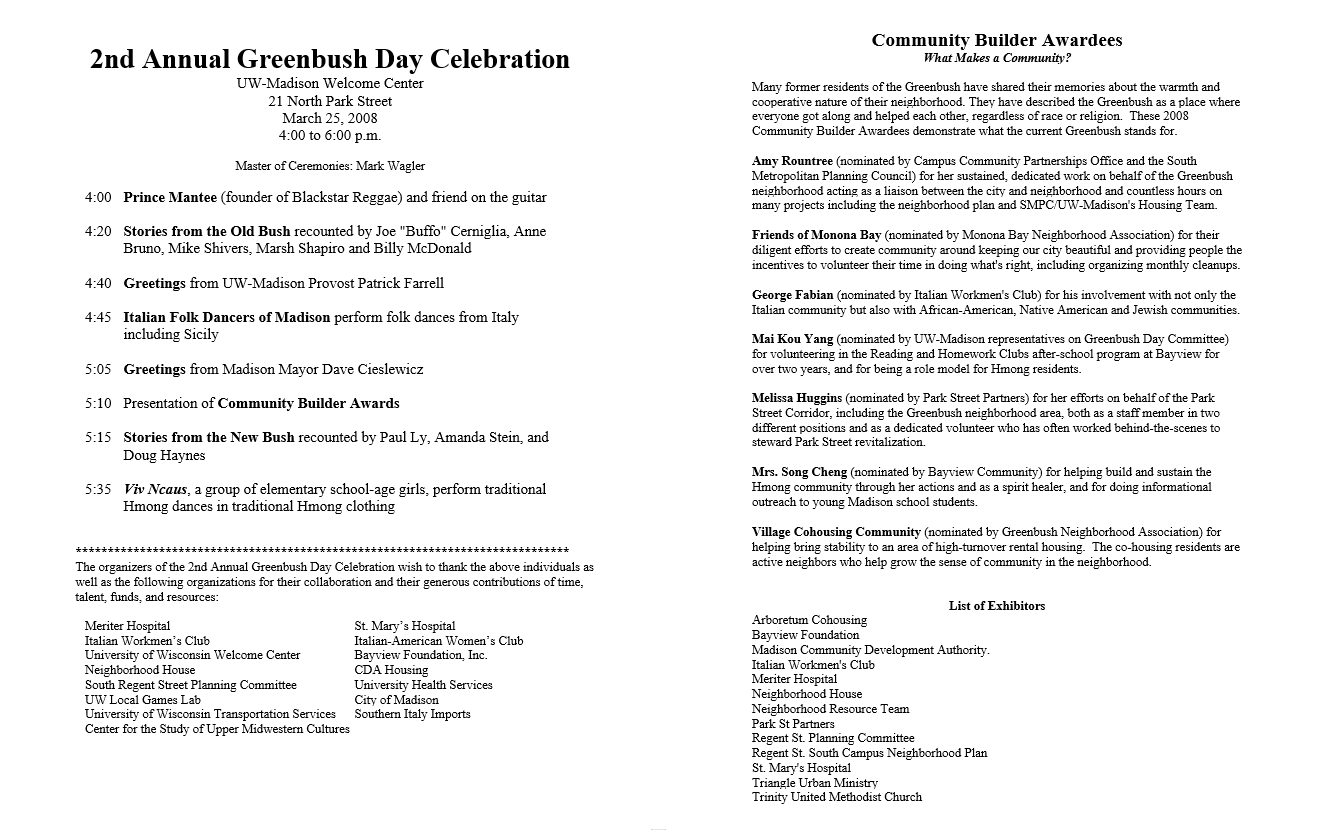