Introduction to the Greenbush Game

Games scholar Kurt Squire of the University of Wisconsin was looking for classrooms who wanted to make and play a new kind of place-based game called AR (augmented reality) or ARGH (augmented reality games on handhelds). We were interested! But when we first brainstormed game ideas with Prof. Squire, the students thought we would be making an elaborate video game to play on desktop computers. Here’s how their teacher, who knew much less about video games than his students, described our project in a message to parents:

As players visit various real-world Greenbush locations (streets, buildings, or landmarks), media tied to that location (such as virtual characters, documents, or movies) are triggered on a handheld computer. Each player will have a handheld computer equipped with a Global Positioning Satellite (GPS) device that contains virtual documents, characters, and media that tie the actual location of the Greenbush to an historical era. Players will take the roles of historians, journalists, and city planners who travel back in time to investigate the history of the Greenbush in order to propose a plan for the future of the Greenbush.

In late September, graduate student Mingfong Jan (and sometimes Kurt Squire) led demonstrations of their hand-held game prototype, Mad City Mystery, on 5 different early evenings. Most of the kids in our class participated with a parent, and they universally loved playing this environmental mystery on the shore of Lake Mendota and nearby university locations. For the rest of the year, Mingfong and fellow graduate student John Martin came to our classroom 1-2 times a week. They joined and photographed our fieldtrips, led discussions on how our fieldwork and reading could be turned into game content, and with the teacher created documents to assist our design process (below in this section).

When we first brainstormed a challenge for The Greenbush Game, students alternated between the overly simple (e.g. a treasure hunt), the overly active (similar to the competitive chases and quests they saw in the adventure video games they played), and the overly bizarre (mysteries and other elaborate intrigues that reflected the fantasies of mass media), none of which represented the Greenbush. Over time, they discovered the problems Greenbush residents faced—not only urban renewal, but also immigration, learning a new language, poverty, ethnic and racial and ability discrimination—and the persistence, ingenuity, mutual help, traditions, and humor residents used to face these problems. Greenbush now became a “contested place,” urban renewal became the climactic battle between good and evil, and the City of Madison became the evil monster that game players would need to overcome.

For all our effort (research, discussions, lists, and prototypes), we were unable to complete our game during the school year. The hardware and software in 2006 were still very clunky; within a few years, our colleagues at UW Madison developed the ARIS game software, played on iPhones, making game design and play much easier. Still, we persisted – with John Martin’s expertise and guidance, a group of former students and their teacher met weekly in the following year. Eventually one of the students, Micah, completed a playable game (in this section) that premiered at the first Greenbush Day.

Even without completing our AR game, being game designers proved to be the most transformative experience for students throughout the whole Greenbush project. Indeed, game design became the ultimate curriculum in this classroom and the class was often a production team, as students alternated between individual work and group discussions. Students designed more than a game—they helped to design much of their classroom activity, research agenda, and other presentations. Sometimes students made individual choices about what to research and present—which field trip components to write reports on, which historical buildings to model, which questions to research for inquiry articles, which resources to use. Collaboratively the class made other decisions—what to present at the community conference, which questions to include in the community survey, what to include in the resolution to the City Council.

On the Greenbush Game

Design Criteria for the Greenbush Game 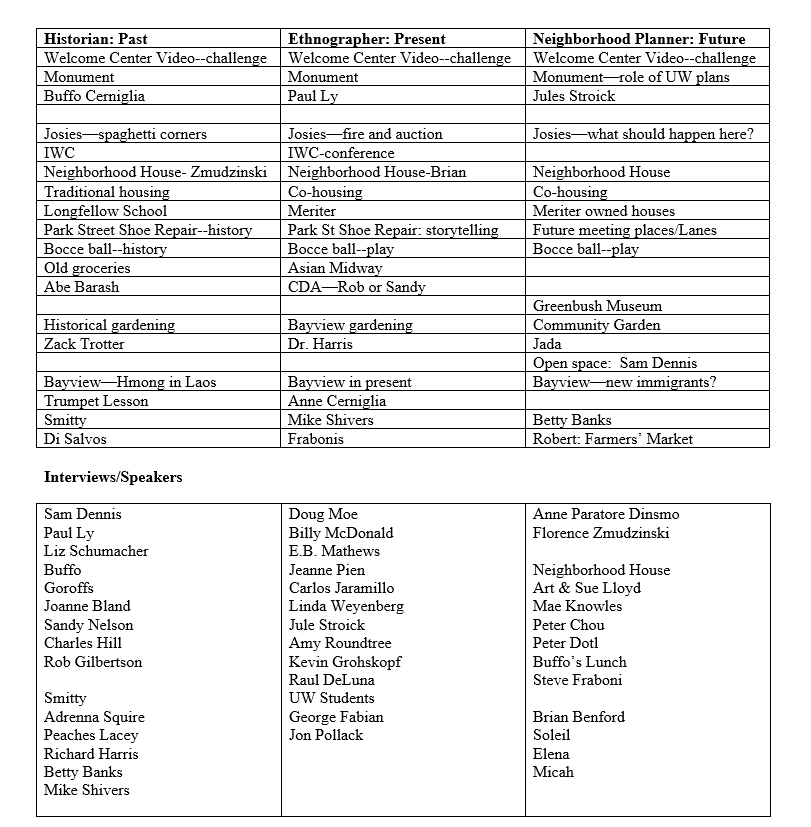 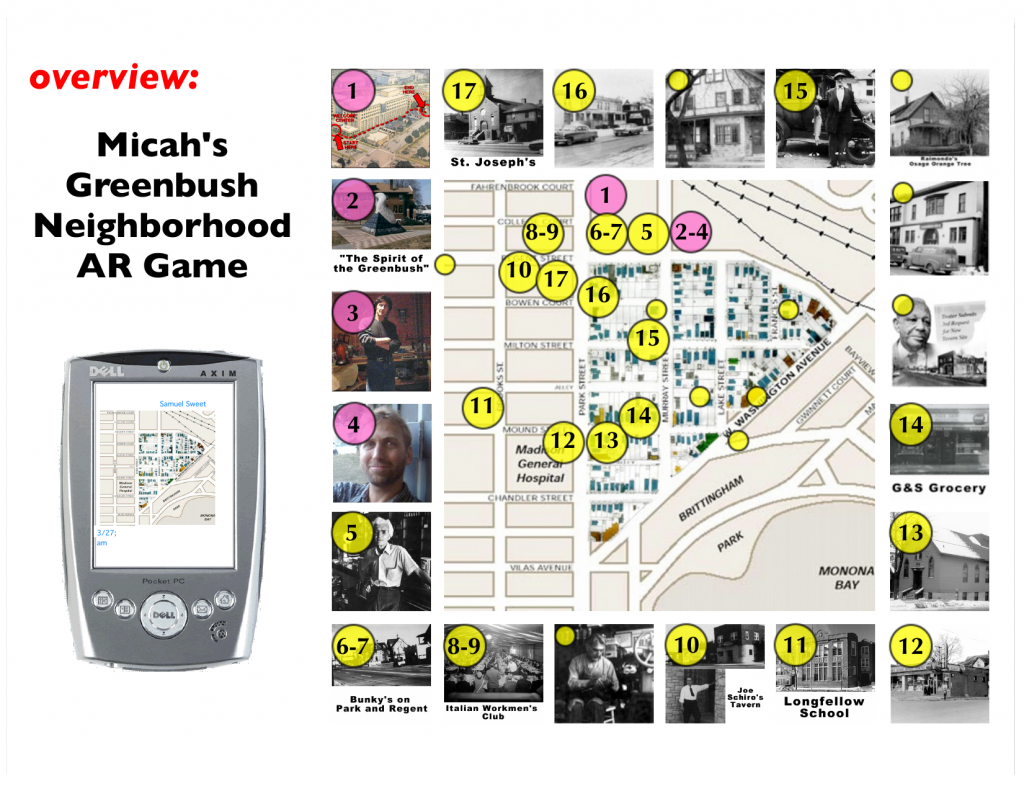 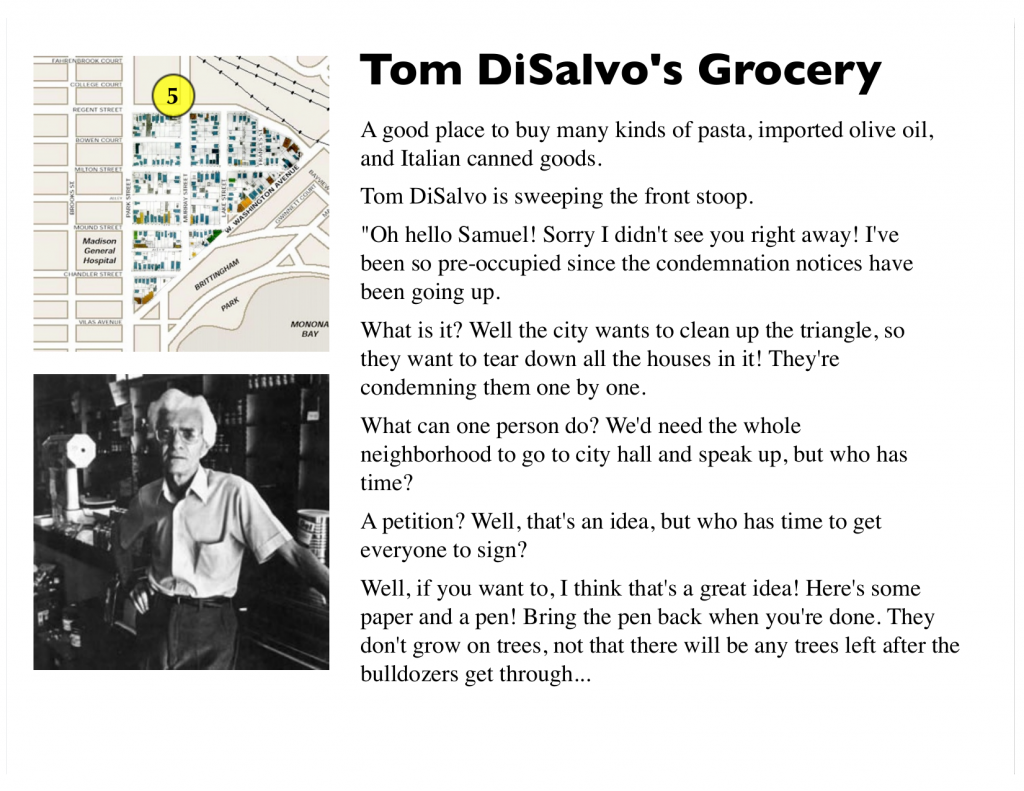 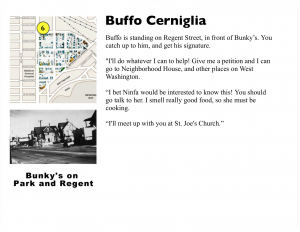 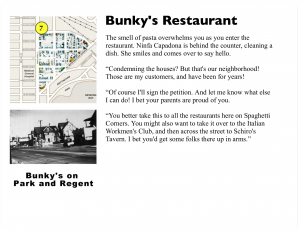 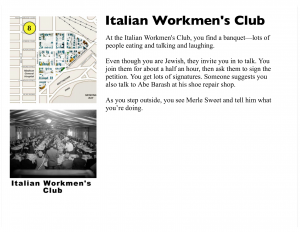 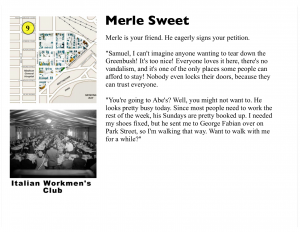 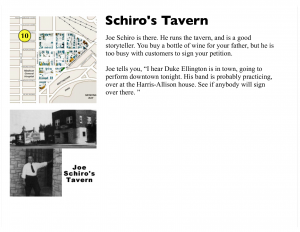 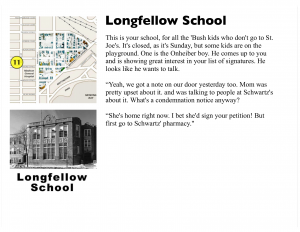 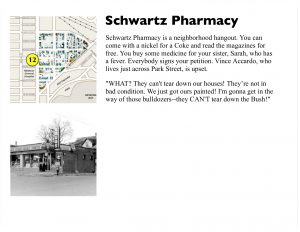 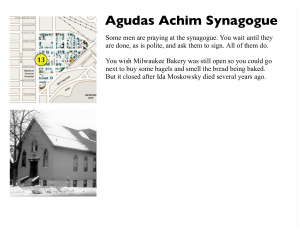 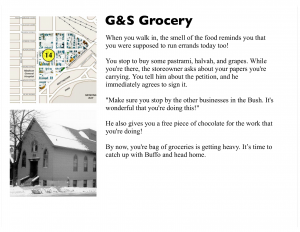 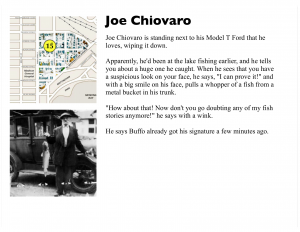 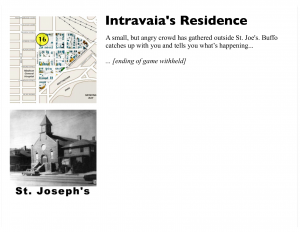 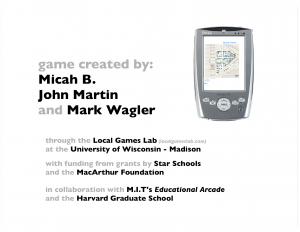